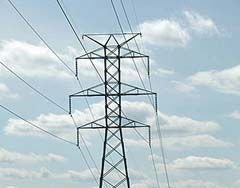 The state Public Service Commission has given the green light to controversial power line in Dane County. The PSC approved American Transmission Company's application for a major new transmission line through the county, and commissioners picked the Highway 12/18 Beltline route, on towers, not underground.

Commissioner Lauren Azar says there's no question about the need, and that without the new line, two major problems could be disastrous. Azar said that scenario could result in a “voltage collapse” that would be staggering to the local economy. Construction of the $215 million project is expected to begin in two years, with the line operational in 2013. The vote by the three member commission was unanimous.