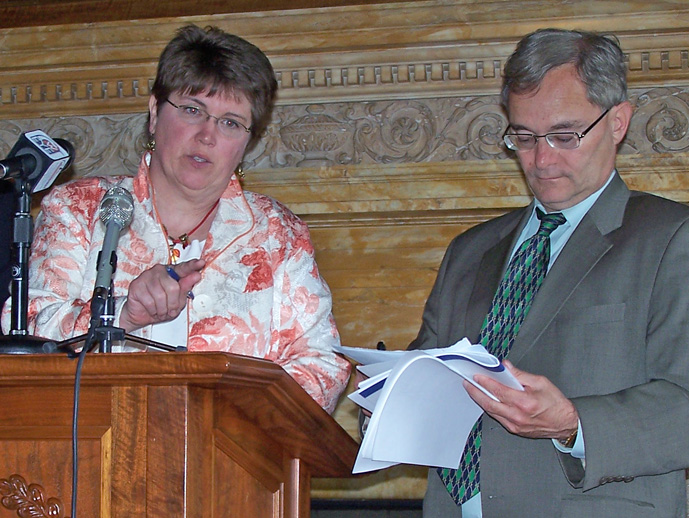 There's a proposal at the capitol for financial relief to local governments.

In response to a recently released Legislative Audit Bureau report showing a fairly sizable surplus in the Local Government Property Insurance Fund, State Representative Peter Barca (D-Kenosha) says the proposal is a way to help municipalities across the state.

“You know at a time when local governments most need to savor their resources in the context of facing the worst fiscal crisis they faced since the Depression, we have the ability as a state to give them some relief. What we're proposing is a premium holiday for a year on this Local Government Property Insurance Fund.”

Public entities eligible for that one-year premium holiday include municipalities, school districts, counties, libraries, fire departments and other units of government voluntarily paying into the fund. State Senator Kathleen Vinehout (D-Alma) points out that a report in June of this year found that the fund had a surplus of almost 40-million dollars.

“The fund does not have any agents; it doesn't advertise; it's available to any local unit of government, and because of that its overhead is very small.”

Vinehout notes, while it's important to ensure the continued financial stability of the fund, the huge surplus is an opportunity to offer some financial relief to local units of government in this difficult economy. Rock County, as an example, would save $148,000 in waiving their premium for a year. The Hayward School District would keep $37,000, which could be used elsewhere. Despite not paying their premium, the entities would continued to be covered under their insurance plan.