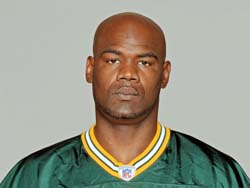 The veteran tight end caught just 6 passes for 47 yards in 8 games after signing with the Jets last season.

The move could signify the end of Franks career.  Franks has 262 career receptions for over 23-hundred yards and 32 touchdowns in nine NFL seasons.  Eight of those nine campaigns came with the Packers.