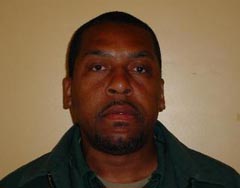 Fond du Lac police are looking for a 42-year-old sex offender who left home early Tuesday morning and hasn't been seen since.

Police found Carl King's electronic monitoring bracelet and the steak knife he used to cut it off his ankle on a desk in his room.

Captain Klein says they're putting out information about King on a national crime data base in case other law enforcement agencies encounter him.

King was released from prison a month ago after serving three years for sexually assaulting a 16-year-old girl on multiple occasions.