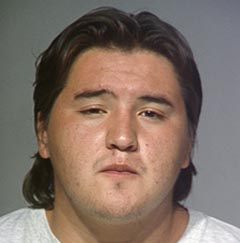 Milwaukee Mayor Tom Barrett spoke with reporters Wednesday, for the first time since being released from the hospital Monday. Barrett credited his niece, Molly, West Allis police and emergency workers, Milwaukee police and the staff at Froedert Hospital, for the help he received after being assaulted outside State Fair Park Saturday night. A man attacked Barrett after he responded to cries for help, from a woman with a baby.

“I can’t think of a situation like this were people would not have responded the way I did,” Barrett said. “When someone says call 911, you call 911. It’s that straightforward.” Barrett says he initially found “bizarre,” a statement by the assailant’s mother that the mayor provoked her son. The man was the baby’s father, and police say the man assaulted Barrett as the mayor attempted to make that 911 call. “Within seconds we realized that the problem was not with the baby, it was with the man,” Barrett said, describing suspect Anthony Peters as being “very, very agitated.”

Barrett says he mentioned the remark by Peter’s mother to his wife Chris. “She had a little different reaction,” said Peters. “A mother’s love is blind.” Barrett, who suffered a shattered hand, knocked out teeth and gashes on his face and back of his head, said little regarding the actual assault, which is now a criminal case against the 20 year-old suspect. According to witnesses, Peters beat Barrett with a metal baton. Peters is being held in the Milwaukee County Jail on $25,000 bail.