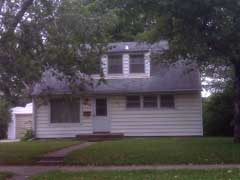 A bizarre death investigation in Madison. Dane County authorities say a body found at a home on the city's southwest side appears to have been partially mummified.

Coroner John Stanley says the remains found early Sunday are believed to be those of an elderly Fitchburg woman reported missing last month.

Police were called to check the welfare of a person at the residence on Whenona Drive, when they discovered the body. the remains are still being examined to determine the manner and cause of death.