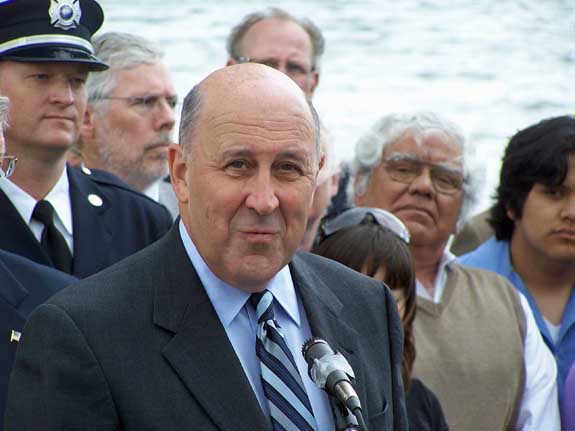 Wisconsin’s two term govermor has elected not to make the attempt at a third term, according to a report on a political website.

“By deciding against a run, Doyle, a Democrat, sets off what could be one of the most competitive gubernatorial races in the country next year,” writes POLITICO‘s Jonathan Martin.

Doyle has remained noncommittal for months, regarding a re-elelection effort. Republicans are already positioning themselves for a run: Milwaukee County Executive Scott Walker and former congressman Mark Nuemann are running for their party’s nomination, along with Appleton businessman Mark Todd.

“Whether or not Governor Doyle runs again, Republicans will be well-positioned to take back the governor’s office next year and get to work making Wisconsin great again,” said state GOP Chair Reince Priebus in a statement.

Lieutenant Governor Barbara Lawton finished first in a straw poll, when delegates to this year’s state Democratic Party convention were asked who’d they’d favor if Doyle decided not to run. Doyle’s decision is now likely to spur other Democrats to enter the race.