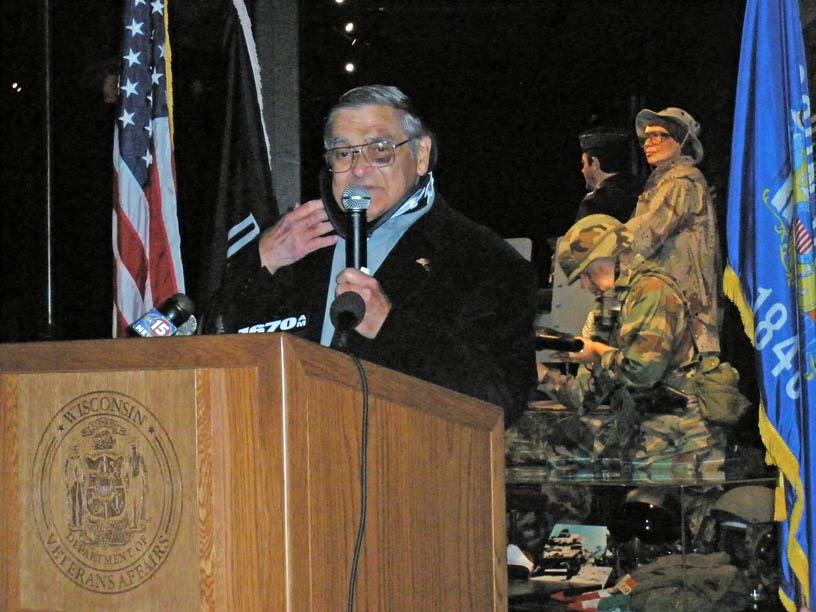 Don Heiliger speaks at a POW-MIA Recognition Day ceremony. (He's wearing a neck brace and has stitches near his eye after recently falling into his fireplace.)

A former POW tells his story as we honor former prisoners-of-war and those missing-in-action.

Don Heiliger was flying combat missions in 1967 when his plane was hit and he was forced to eject over North Vietnam. He had been listed as MIA for a couple of years. But, it was later learned that he was a POW.

“It’s a unique experience and something you don’t aim for … people say ‘why would you want to be a POW?’ Nobody wants to be a POW.”

Captain Heiliger was captured the day after he was shot down and spent nearly six years as a prisoner-of-war.

Heiliger says the hardest part of his capture was the pain and suffering endured by the families back home — the not knowing.

“In my case my folks waited about two and a half years until they had word that I wasn’t dead, or that I wasn’t MIA, that I was actually POW. Maybe not much better, but the person’s alive. You’ve got thousands of people waiting for words like this.”