You are here: Home / Sports / Packers trade Moll to Baltimore 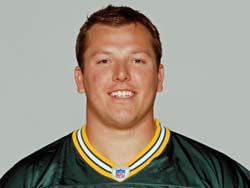 A  5’10, 200-pound fourth-year player,  Martin has played in 28 games, including three starts, for the Ravens over his first three seasons.  He was a sixth-round selection by Baltimore in the 2006 NFL Draft.

Moll appeared in 39 games, including 18 starts, for Green Bay over the last three seasons.