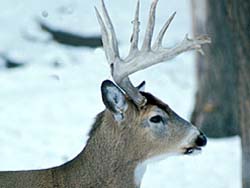 Something’s missing in advance of Wisconsin’s gun-deer hunt that begins this weekend.

For decades the DNR issued a report estimating the size of the herd. The prediction gave hunters an idea of just how many deer there were expected to be in a given year for the fall hunt.

But they won’t be doing it this year, according to the DNR’s Greg Matthews. He says it’s never been an exact science, and the agency drew too much heat from hunters after they overestimated the size of the herd going into the 2008 gun deer hunt.

The agency was widely criticized last year for saying there was a large deer population, but many hunters actually went home empty-handed.