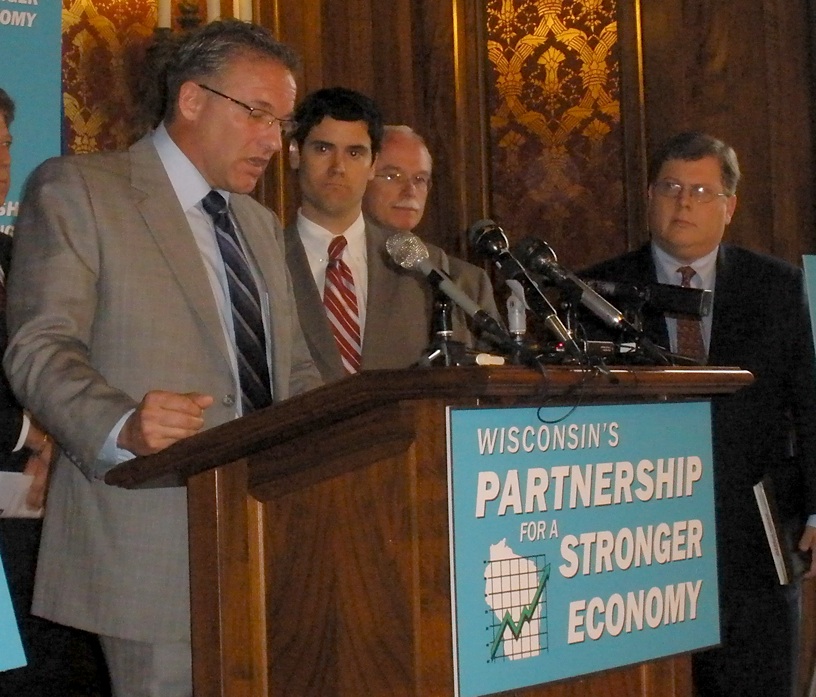 State Representative Mary Williams of Medford is the designated Republican member of Wisconsin’s Partnership for a Stronger Economy.

“As you know state legislators don’t create jobs but we want to make sure that we’re in a situation where those businesses come to Wisconsin because they know they can do business here.”

The Democrat says the group is very inclusive.

“We want everyone to come forward with their ideas.”

Kenosha Democrat Peter Barca concurs, saying the important thing is to get input about growing Wisconsin’s economy from business and workforce leaders, educators, and lawmakers throughout the state.

Assembly Minority Leader Jeff Fitzgerald (R-Horicon) says Williams, who has owned a small business for many years, will apply her private-sector experience during the Partnership’s upcoming regional hearings.

Sheridan announced the creation of the group last week.