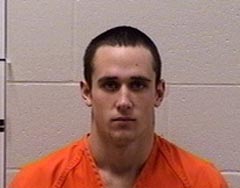 Officials in Barron and Dunn Counties say they now have two suspects, in connection with several incidents of livestock being shot in late November.

Two animals were found dead November 30th in Dunn County, and the following day a third animal died from its injuries. The same day in Barron County, five cows were shot. All of the animals died or had to be put down.

Barron County Sheriff Chris Fitzgerald says they now have two suspects in the case. They are 17-year-old Trenton Hollister of Dallas, Wisconsin and 17-year-old Brock Flatland of Wheeler. Both are expected to be charged as adults later today or Thursday.