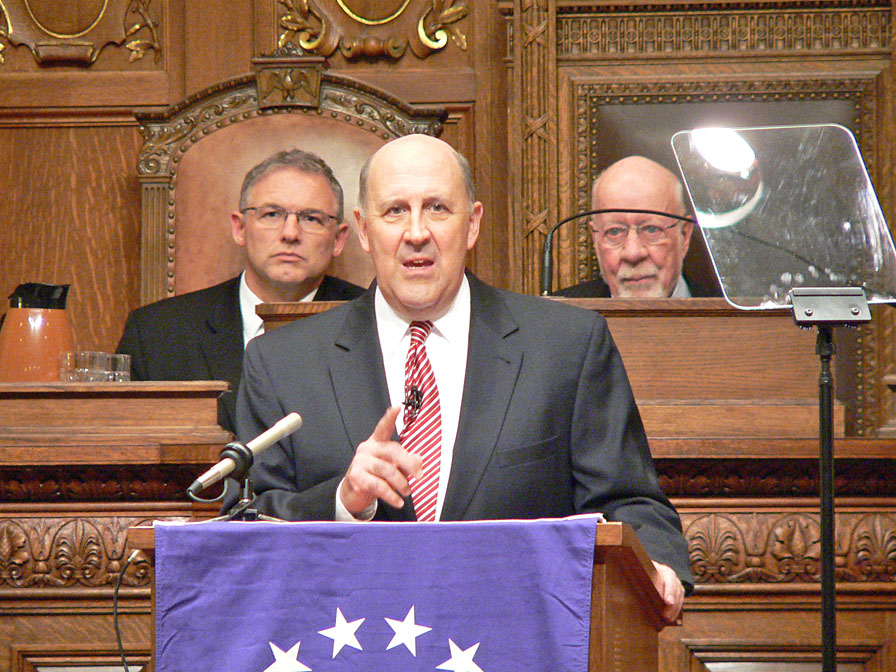 “That the governor stood up there tonight and talked about all the job creation that happened when you have 163,000 jobs lost just in the last year … it’s amazing to me that he could have stood up there with a straight face.”

The Senate Minority Leader says if Democrats in the Legislature follow the Governor’s path, there will be even more jobs lost.

However, Democrat Senator Russ Decker of Schofield — the Senate Majority Leader — is optimistic about the governor’s job creation priority in the remaining months of his governorship.

“The biggest thing that I think he talked about, which I’m glad he did, was jobs. And I think that’s the focus where we need to go.”

Wisconsin’s unemployment rate for December was up to 8.7-percent.