You are here: Home / Politics / Govt / High speed rail on the fast track to Wisconsin 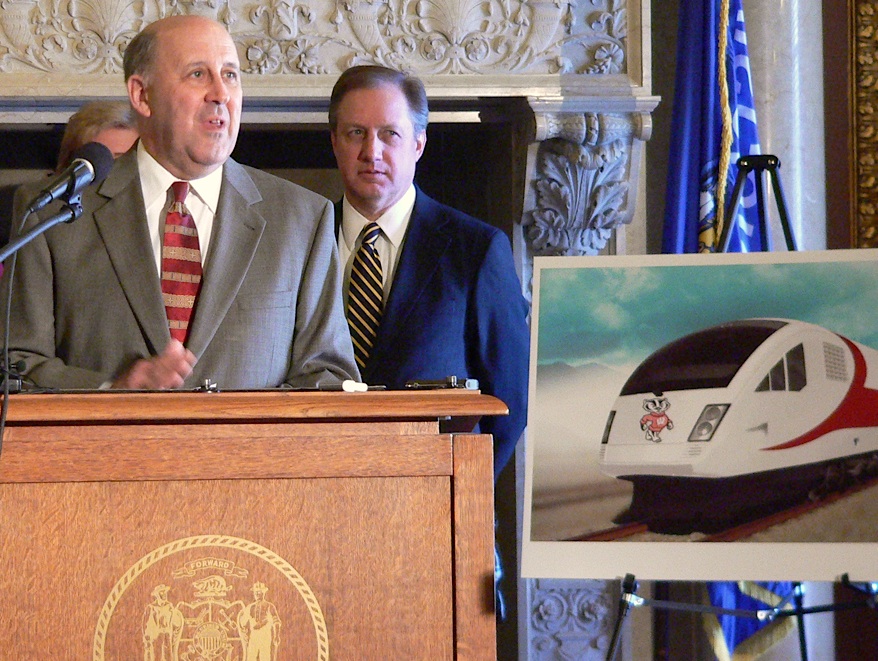 Governor Jim Doyle stresses, Wisconsin is the biggest beneficiary of this stimulus disbursement.

“Again I really want to emphasize how important this is. This was a national competition. Fifty five billion dollars were applied for of $8 billion that was there and we received over 10 percent.

Of that money, $810 million will build the Milwaukee to Madison line, and $12 million will install crossovers between Chicago and Milwaukee and improve service on that route.

Congresswoman Tammy Baldwin (D-Madison) emphasizes the importance of this project, which will create thousands of jobs in construction, engineering, design and supply firms.

“The rail extension is expected to create nearly 13,000 jobs right here … we can’t underestimate the ripple effects these jobs will have on communities throughout Wisconsin.”

Doyle says you can save a little time, avoid traffic, multi-task, or simply take a nap while someone else does the driving.

Construction of the Milwaukee-Madison line is scheduled to begin by the end of 2010, and should be completed by January 2013. It’s expected to have an average speed of 79 mph, making the trip a little under an hour.

Wisconsin will also purchase two additional state-of-the-art train sets that will be assembled and maintained in Wisconsin.