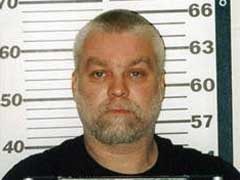 Steven Avery’s request for a new trial has been rejected by a Manitowoc County judge. The Mishicott man was convicted in the 2005 slaying of 24 year-old Theresa Halbach, and sentenced to life without parole.

In arguing for a new trial, attorneys for the 47 year-old Avery alleged his previous trial was marred by procedural errors. They said one juror was granted dismissal, even though deliberations had already begun. They also said the juror didn’t give a strong enough reason, to justify dismissal. But Judge Patrick Willis ruled Monday that the court used its best discretion when dismissing the juror, who said the trial was putting strain on his marriage. Willis noted that the defense also agreed to the juror’s dismissal.

Avery was convicted in the Halbach murder in March of 2007. His attorneys filed the motion for a new trial in June of 2009. Avery’s nephew, Brandon Dassey, was sentenced to life in prison with the possibility of parole after being convicted as Avery’s accomplice in Halbach’s death.