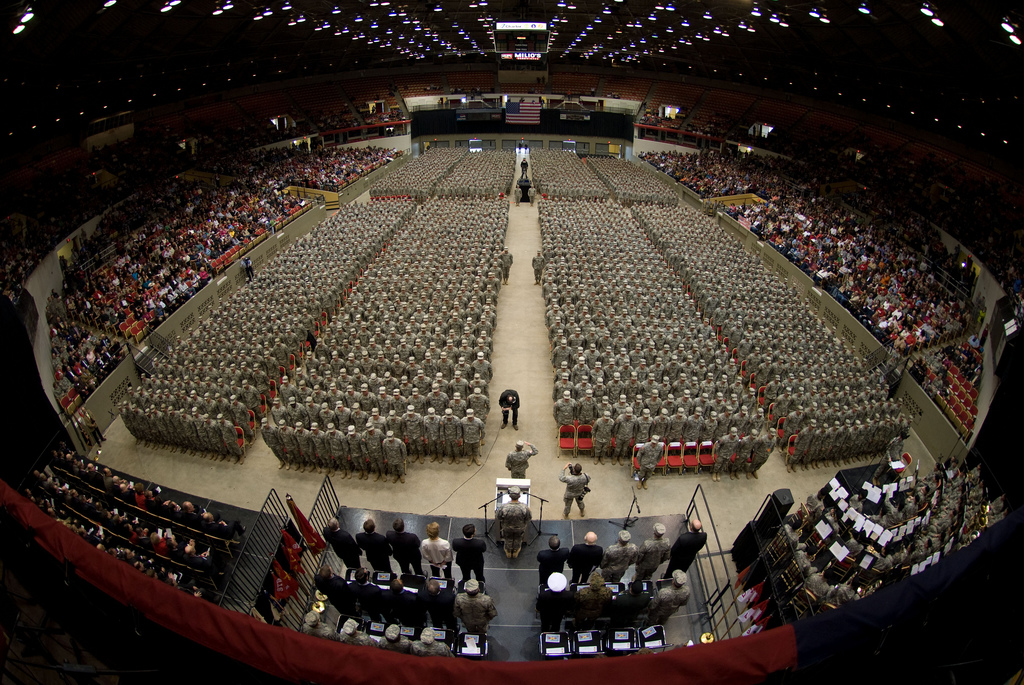 After nearly a year of active duty, 3,200 soldiers from the 32nd Infantry Brigade Combat Team and six other Wisconsin Army National Guard units return to Wisconsin beginning Tuesday and continuing throughout the month.

The service men and women will return to Volk Field where they will be briefly met by senior National Guard officials, a military band and family members. Shortly thereafter, the GIs will travel to nearby Fort McCoy to begin about five days of demobilization processing before being released from active duty.

The units were ordered to active duty February first of 2009 and deployed to Iraq in April and May following two months of training at Fort Bliss, Texas. The deployed soldiers of the 32nd come from units in 36 Wisconsin communities. This was the largest operational deployment of Wisconsin National Guard forces since World War II.

Tuesdays homecomings are not open to the general public.