You are here: Home / Politics / Govt / Reaction to Doyle’s speech 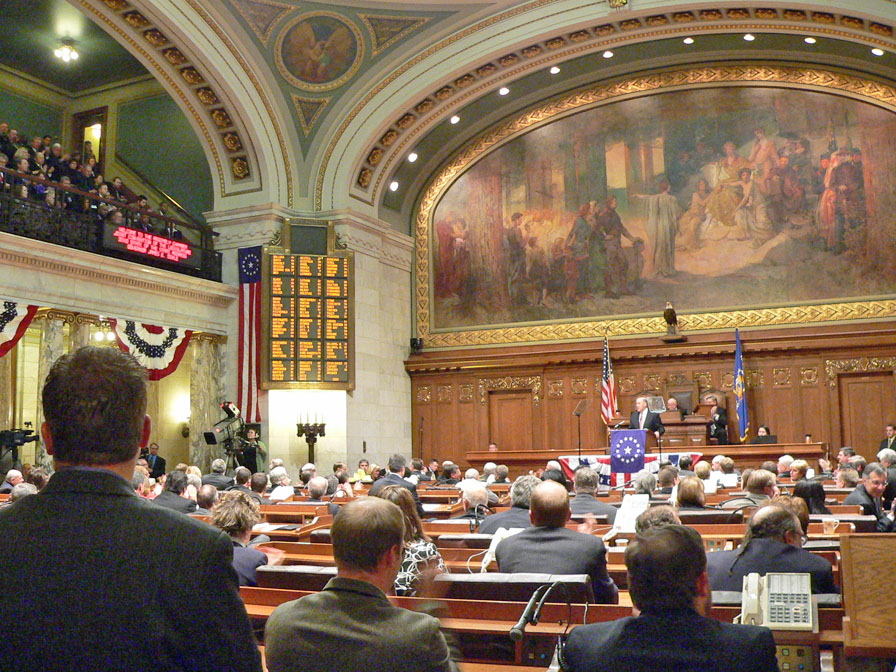 Republican Senator Scott Fitzgerald from Juneau calls it a disappointing speech. The Senate Minority Leader says mayoral control of Milwaukee Public Schools is dead on arrival, yet Governor Jim Doyle continues to push for it.

“He actually said it’s a partisan issue but it’s not partisan at all. This is a civil war among the Democrats in the city of Milwaukee.”

Democrat Senator Russ Decker of Schofield compliments the governor on his “top priority” — job creation. But what does the Senate Majority Leader think about MPS?

“The MPS thing is nothing secretive around here. There are opposing sides and we need to work out a compromise.”

Fitzgerald says a global warming package and the regional transit authority (RTA) tax in Milwaukee aren’t getting much support, either. He says the governor’s incentive packages are just political cover.