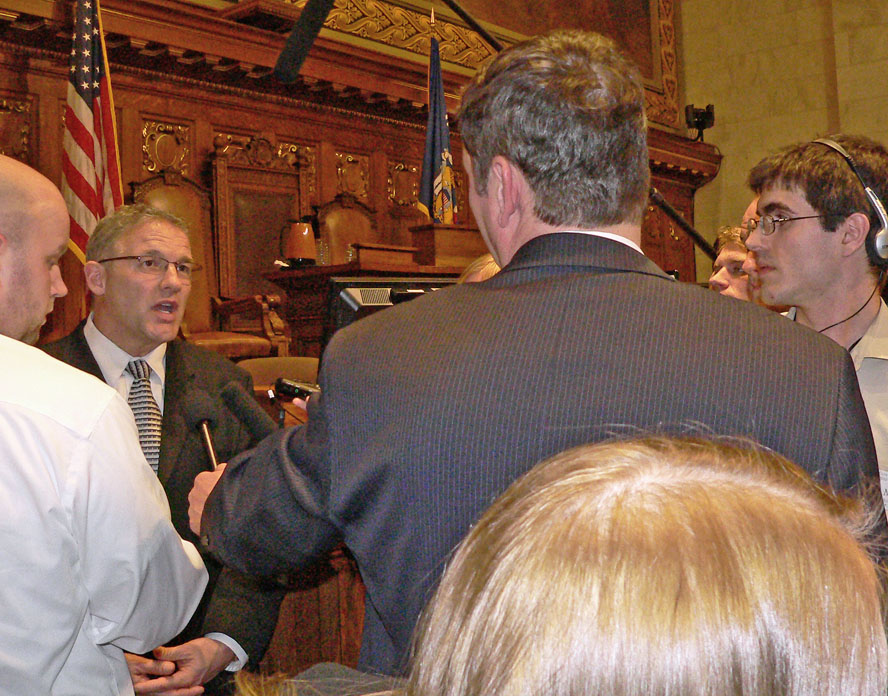 After Assembly Democrats met behind closed doors for several hours on Thursday, members returned to the floor with Speaker Mike Sheridan (D-Janesville) still in control of his powerful leadership position.

However, rumors had been swirling around the Capitol for much of the day that members of his party were pushing for him to resign his position and may even call for a vote in closed caucus. Sheridan says those rumors were “much ado about nothing” and it was just “one of those things that you go through from time to time.”

Sheridan blamed the rumors on lobbyists trying to disrupt the political process and stir up trouble. He admits that it certainly did get people “jacked up.”

The Speaker declined to comment on claims that a rumored affair with a lobbyist played a role in the uncertainty. Sheridan says what he does outside of the building is his private life and he’s not going to talk about it.

Sheridan says there was no call for him to resign and he has no plans to step down from the position before the end of the current session.