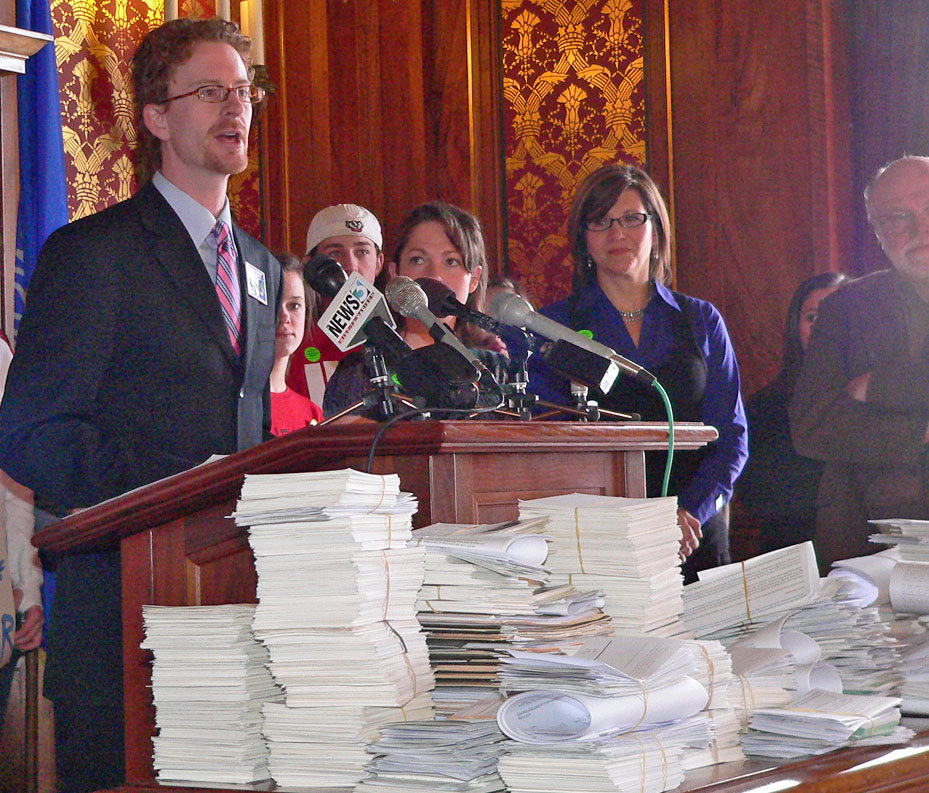 As lawmakers discuss the Clean Energy Jobs Act, Wisconsin residents are giving their two-cents’ worth — rather, 12,000 postcards worth. Dan Kohler, Wisconsin Environment Director, says members of his group have knocked on thousands of doors throughout the state to talk about Governor Doyle’s climate change legislation.

“The public wants more clean energy and they want it now. People in Wisconsin are deeply concerned about our dependence on oil and coal.”

Kohler’s group delivered the 12,000 messages of support to lawmakers considering this energy legislation, which requires that 25% of the energy produced in the state come from renewable resources by the year 2025. Kohler says the state needs to act now before it’s too late.

“Other states, Minnesota, Illinois, even Texas, are doing more with clean energy and getting more of the jobs that go with it.”

Opponents say lawmakers should let the free market decide when the timing is right. They say the bill is a jobs killer, and energy prices will increase. But supporters say the state will lose jobs and the cost of energy will go up if we do nothing. An Assembly committee held a hearing on the measure Monday. (Pinwheels on the capitol grounds call attention to committee hearing).