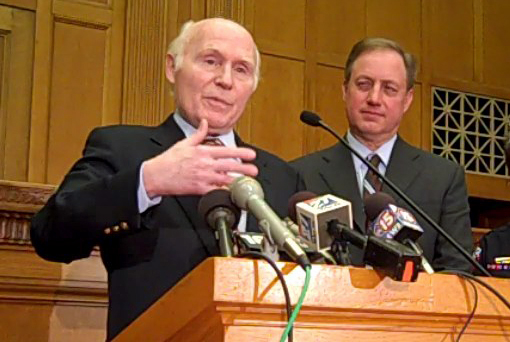 Senator Herb Kohl wants to reload funding for a popular federal program. Kohl says Community Oriented Policing Services, or the COPS program, was a Clinton era initiative which was “eviscerated” during the Bush administration.

But COPS, which provided three years worth of funding for departments to hire new officers, proved very popular with cops. Madison Chief of Police Noble Wray says COPS coincided with the national drop in crime rates in the mid-nineties. “I’m not standing here to say that all of that was done based upon COPS funding, but I believe it was one contributing factor,” says Wray. “The man or woman (on the beat), in the community, advocating for the community, developing those partnerships in the community, that’s the true value of the COPS program,” says Sue Reisling, Chief of Police for the UW Madison department.