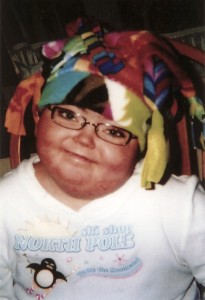 Kristina Schultz lost her battle with leukemia in 2007 at the age of nine, but despite battling the tragic disease for several years, the selfless youngster came up with an idea to raise money for pediatric cancer research.

“(Kristina) was always trying to help other kids going through cancer and her idea was to try to raise some money for research so that no kid would ever have to go through what she was going through.”

Kylee Carolfi Malik with American Family Children’s Hospital describes Kristina with a “beautiful spirit,” who cared about others. Kristina started Caps for the Cure in her school district of Sun Prairie, suggesting students pay one dollar to get permission to wear a hat of their choice to school all day.

Every school in her district agreed to participate, but Kristina died just before the first official Caps for the Cure event in April 2007.

“Since that first Caps for the Cure Day in 2007, over $75,000 has been raised for pediatric cancer research, and that research is done right here in Madison, Wisconsin at the American Family Children’s Hospital.”

Carolfi Malik says kids do get it, and program has a lasting effect on them.

“They remember. They know why they’ve done it. They know that it supports kids with cancer … They really get it”

Carolfi Malik says Caps for the Cure is a positive outcome of all the pain and suffering Kristina endured.