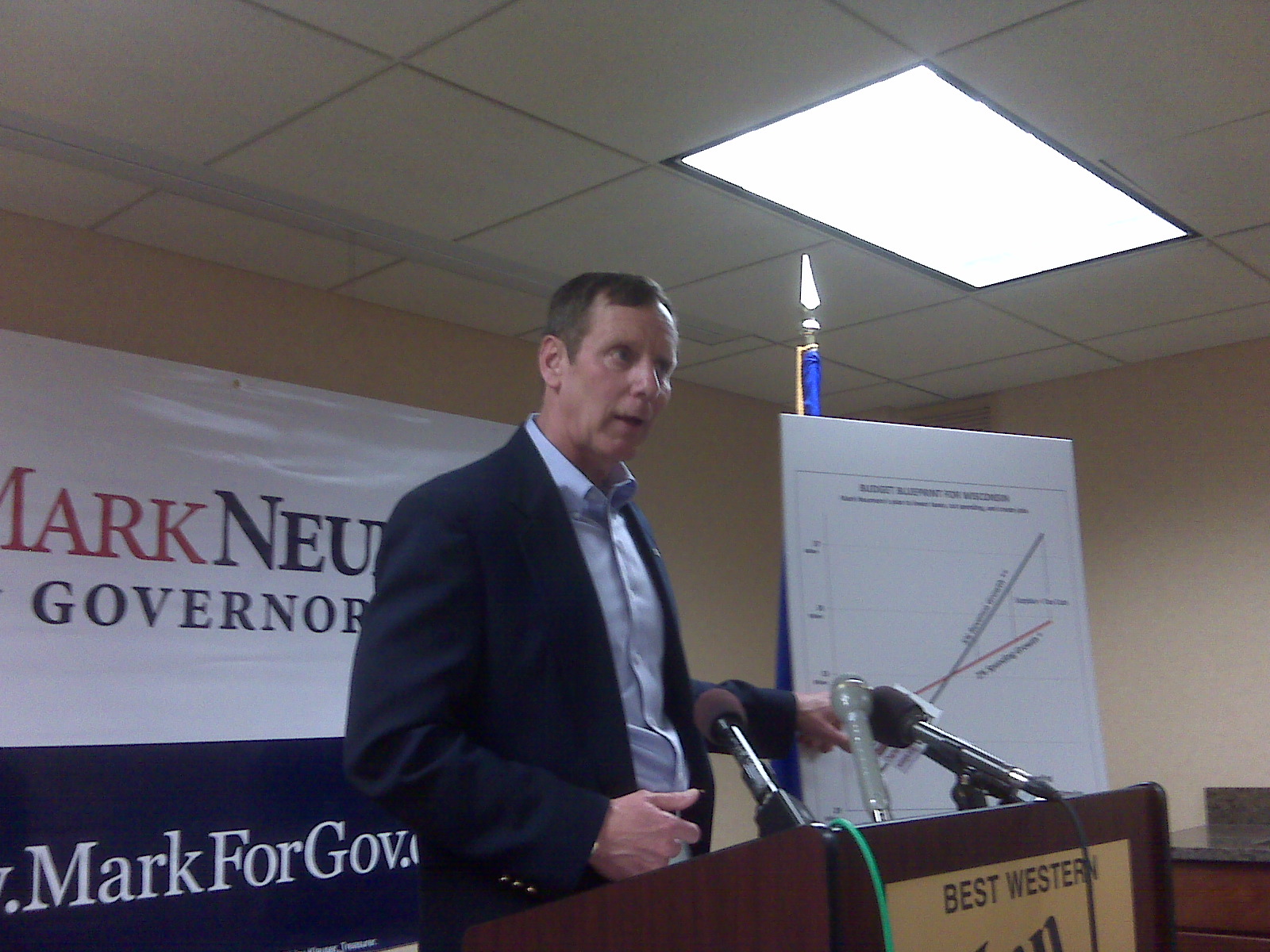 A Republican candidate for governor has a plan to eliminate Wisconsin’s budget deficit. Former congressman Mark Neumann says he’d initiate a state government spending slowdown to one percent less than the inflation rate or less, which is conservatively estimated at three percent. Neumann says that incremental reduction in real dollar spending will ultimately alter the look of taxes and spending. “This math works,” Neuman said at a Madison press conference following Thursday’s Tax Day rally by supporters of the Tea Party movement. “It worked in Washington, and we can do it here in Wisconsin.”

The onetime math teacher says he wants to under promise, but hopes to over perform. “I would prefer a freeze, I would prefer no spending increases, and we may be able to get there,” Neumann said. “We may be able to do better.” Neumann’s GOP opponent in the governor’s race, Milwaukee County Executive Scott Walker, was also in Madison, where he cautioned that Republicans can’t take the Tea Party vote for granted.