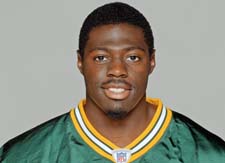 Peprah, a fifth-year player, spent three previous seasons (2006-08) in Green Bay and appeared in 37 games for the Packers.  he appeared in two games for Atlanta in 2009.

Frischknecht spent the 2009 season on injured reserve after signing with the Packers as a non-drafted free agent last summer.