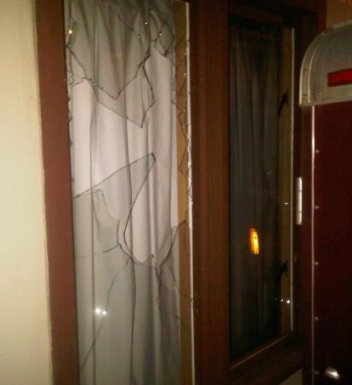 Police arrested a 57-year-old North Dakota man early Wednesday after a five-hour standoff in which he barricaded himself inside a Rothschild motel. Donald Allen Welch was booked into the Marathon County jail on recklessly endangering safety and disorderly conduct charges.

Rothschild police were called to the hotel just after 7 p.m. for a report that Welch had armed himself with a long rifle said Patrol Sergeant Jeremy Hunt. Hunt said they called the special response team in immediately.

Unconfirmed eyewitness reports say Welch had pointed the weapon at a customer.

Police evacuated the motel and nearby businesses and detoured traffic during the standoff. Welch was alone in the room, Hunt said. The standoff ended when SWAT team members threw a flash bang through the window of the room to distract Welch and arrest him.

“Nobody was hurt and the citizens were safe,” Hunt said.Welch had checked into the motel a week-and-a-half ago and stayed for five days, manager Barb Buska said. He had just re-checked into the room on Tuesday.