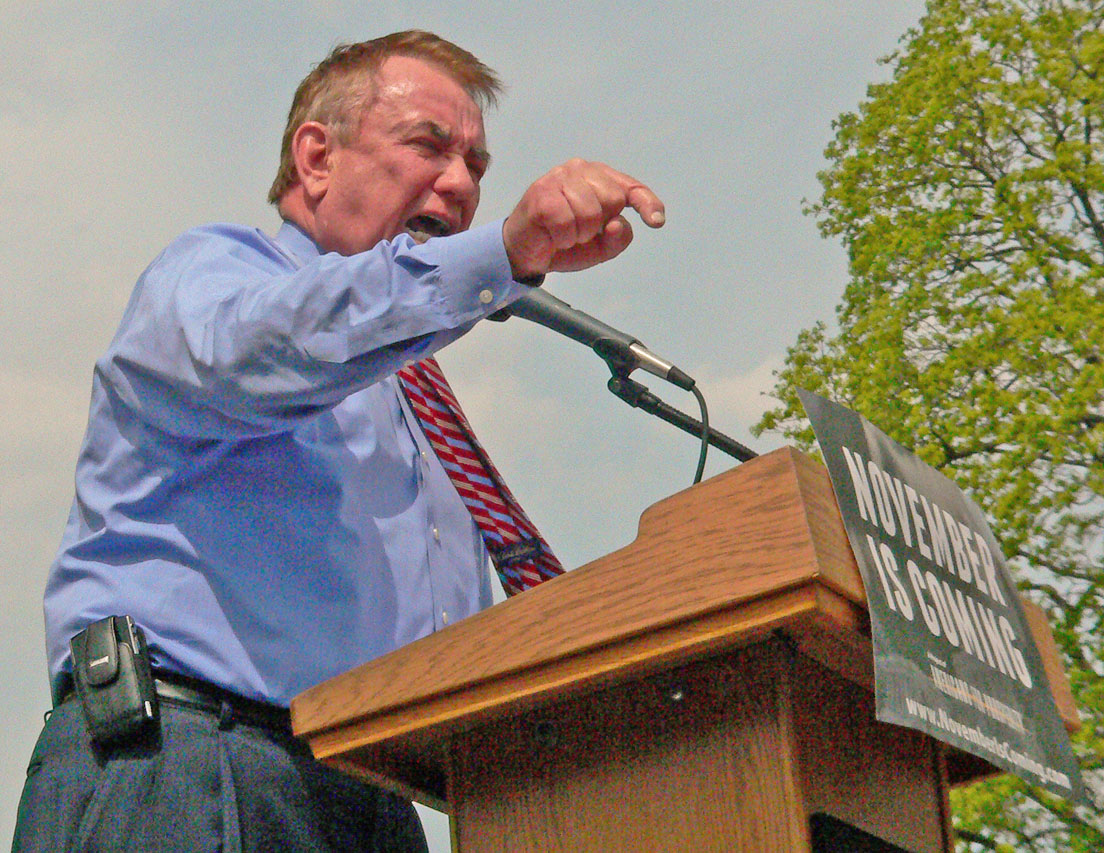 It’s official: Tommy Thompson is not running for U.S. Senate – but he lashed out at the incumbent and voiced his strong support for the Tea Party movement. The former Wisconsin governor delivered a rousing ten minute speech to the Tea Party faithful gathered on the Capitol Square. “We see what’s going on in Wisconsin, and the only thing that’s going wrong faster is Harry Reid, Nancy Pelosi, Barack Obama and Russ Feingold,” said Thompson.

But Thompson won’t be carrying the Tea Party banner in this year’s U.S. Senate race against Feingold. “Boy, do I want to run,” he said. “I would love to take this on. But I told my family last night that it’s time for new faces and new voices.” The crowd seemed disappointed: there were scattered chants of “run Tommy, run” as Thompson delivered the rest of his remarks. He did not endorse a candidate but took plenty of shots at Feingold, the Democratic incumbent, who he charged with voting for “socialized, collective government stuff,” while trying to claim he’s a fiscal conservative. “He voted for the stimulus package that had eight thousand earmarks in it. That is wrong.”

“This is the most important election that any of us has ever faced, and if we maintain this momentum, I am here to tell you . . . we will have a new governor, a new legislature, a new Senate and a new House that listen to the people of this state,” Thompson said, vowing to carry the Tea Party movement message “to make sure that we start electing conservatives to public office, to listen to the people, to you the people. It is time to take it back.” Thompson, arguably the most popular Irish-American to ever serve as governor, closed his remarks with a traditional Irish blessing, to tumultuous applause from the crowd, which the Capitol Police estimated at 4500.