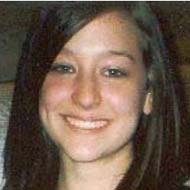 It will be 2 years Friday since UW Madison student Brittany Zimmermann was murdered in her off-campus apartment, and Madison Police are still looking for her killer. Investigators and Zimmermann’s family believe someone knows who did it, and that has brought a renewed plea by her parents for donations to a reward fund. There’s still a $15,000 reward for information leading to an arrest in the Zimmermann case.

Also unsolved is the July 2007 murder of UW Whitewater student Kelly Nolan, last seen on State Street in Madison, weeks before her body was found in the town of Dunn.