You are here: Home / Crime / Courts / Sex offender will be closely watched 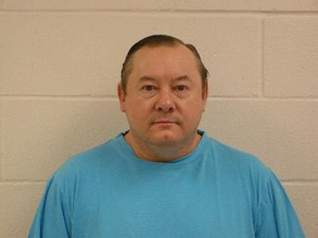 A sex offender who spent about 12 years in a state treatment facility under Wisconsin’s sexual predator law will be closely monitored, now that he’s been released into the community. Dennis Thiel recently moved into a residence in the Town of Van Dyne in Fond du Lac County, and Sheriff Mick Fink says without escort, Thiel can’t even leave his home. “The sanctions on him are pretty strict at this point,” says Fink. “He’s not to go out of the house unless he’s escorted by somebody with the Department of Corrections.”

Fink says Thiel is a Level-3 offender, which required a community notice meeting and door-to-door flyers. He says that takes away a sexual offender’s biggest weapon: anonymity. “Their biggest tool in functioning as offenders is secrecy,” says Fink, noting that the community meeting was heavily attended. Thiel will be able to petition the court after a year to reduce some of his monitoring restrictions. “He can keep petitioning, but he will always be on the sex offender registry,” says Fink. When a Fond du Lac County judge granted Thiel’s release nearly 50 conditions were tied to it.