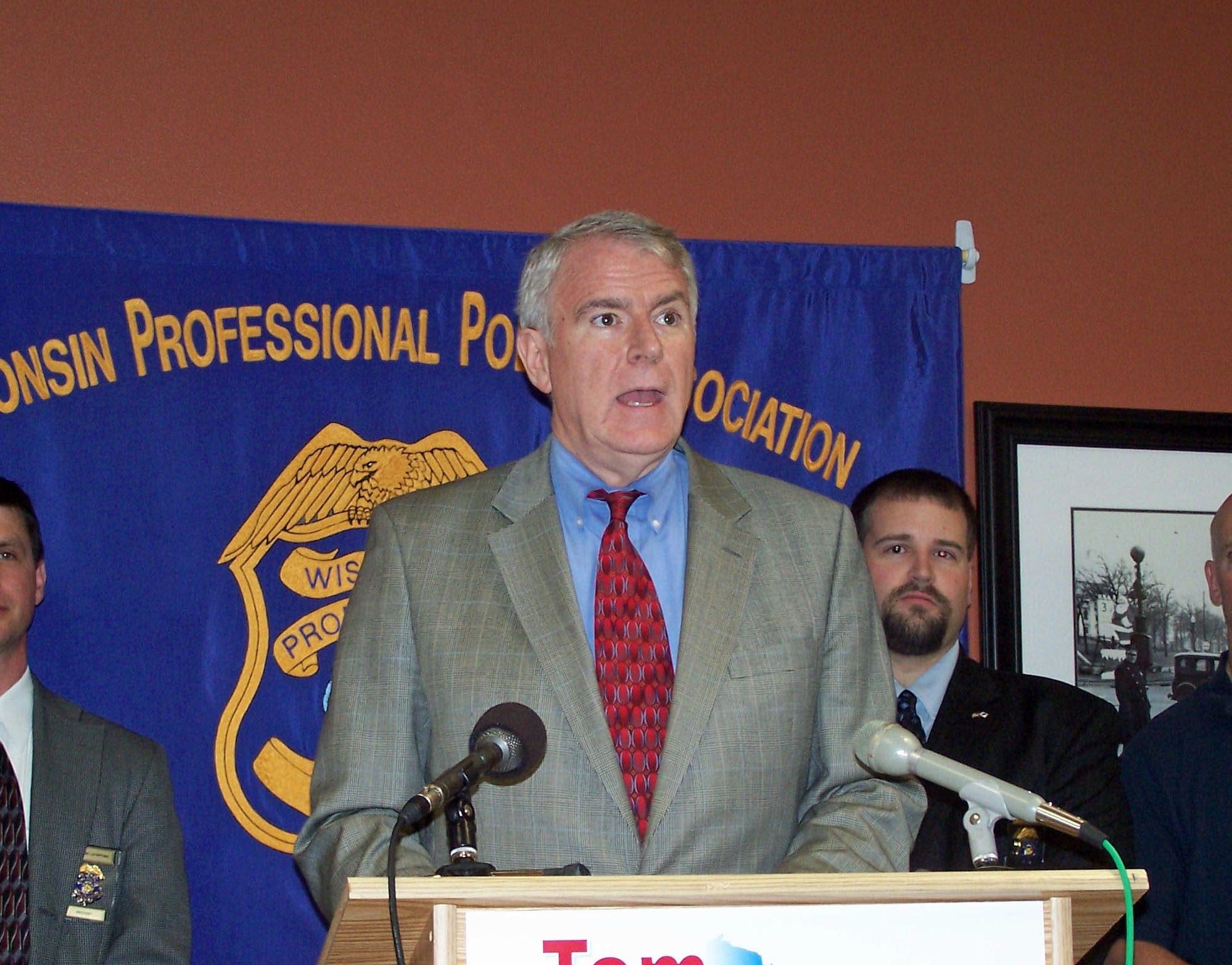 Van Hollen is a Republican, Barrett a Democrat. The mayor used the endorsement press conference to warn that Republicans Mark Neumann and Scott Walker would run up the state’s deficit – and make scary cuts. “It is not inconceivable, in fact it would be likely, that programs that support law enforcement would be on the chopping block,” Barrett said. “By making a choice which would in essence make that deficit larger, that’s what we would end up with.” Barrett said violent crime in Milwaukee has dropped 20 percent over the past two years, and total homicides remain at the lowest levels in nearly 25 years.