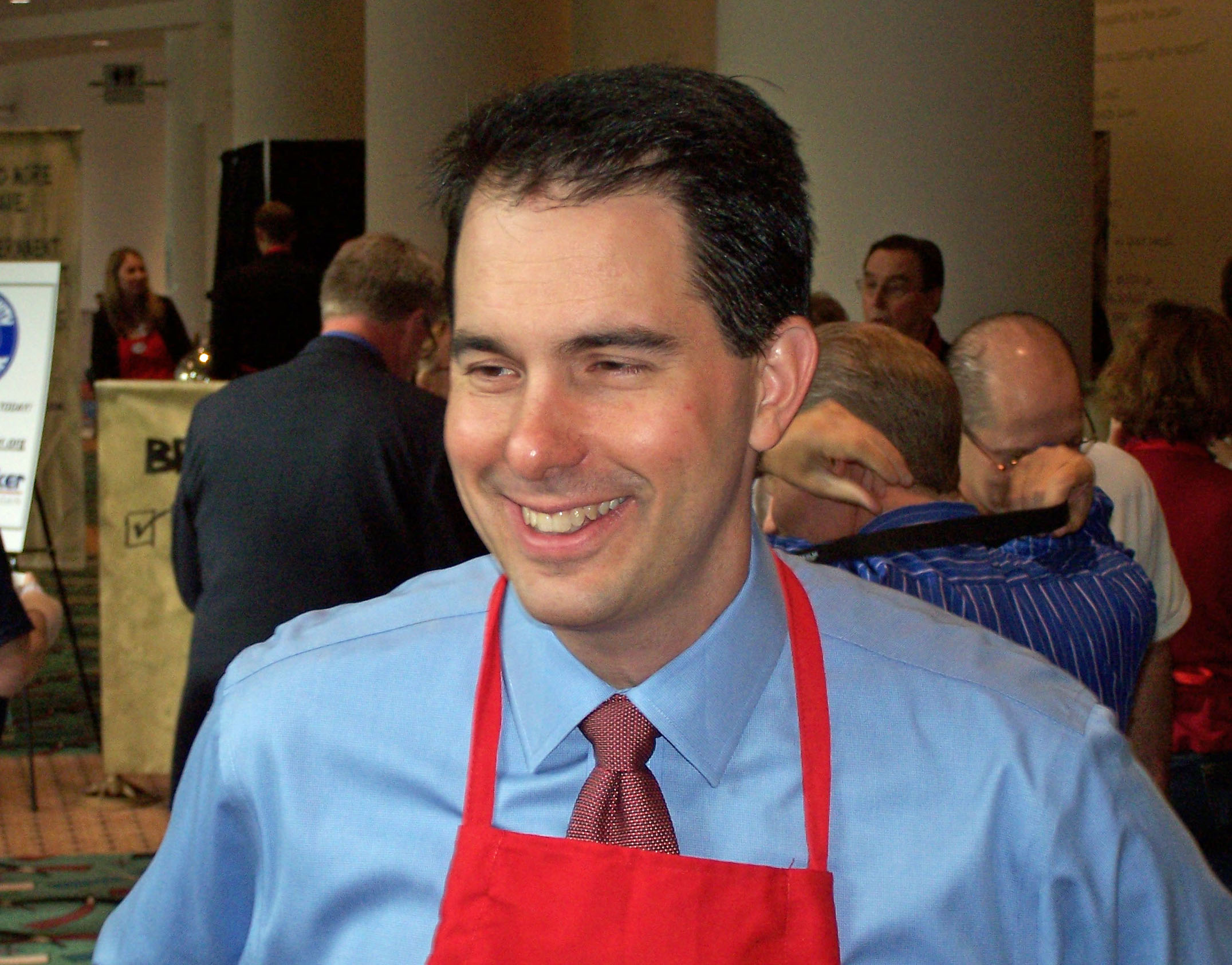 Milwaukee County Executive Scott Walker won the overwhelming support of delegates attending the Republican Party of Wisconsin convention in Milwaukee on Saturday. After giving his rival for the party’s endorsement, Mark Neumann, a polite hearing, delegates gathered at the Frontier Airlines Center greeted Walker with a tumultuous reception. Walker returned the delegates’ enthusiasm for him – and for Wisconsin.

Walker pledged to bring help to the state’s beleaguered taxpayers. “And when I talk about help, it’s not the blind hope that the people in Washington are pushing,” said Walker. “I’m talking about real hope, based on a real plan to get this state working again. I believe in Wisconsin.” Walker, sounding a theme he’s used heavily in his campaign thus far, promised to bring “brown bag common sense” to Madison, based on the principles that government should not spend more money than it takes in, that smaller government is better government and that people, not the government, create jobs.

Walker promised to take on the “political machines” in Madison – and in Washington. “Wisconsin needs a leader who’s going to put Wisconsin families at the top of the list for a place in the UW System, basing appointments on merit and keeping tuition affordable, not allocating slots based on quotas or giving in-state tuition to those who are here illegally,” said Walker. “And let me be clear, I would sign Arizona’s legislation on illegal immigration.”

“Wait, there’s more,” said Walker, returning to a controversial project he’s hammered on since its announcement by the administration of Democratic Governor Jim Doyle. “Now more than ever we need a leader who’s going to tell the federal government that we don’t want an 810 million dollar train that we don’t need and we can’t afford. We’re going to take all those big government liberals, and load ’em all on a train and run them right out of town.”

Delegates gave the nomination to Walker with more than 91 percent of the vote. During his remarks to the convention, Neumann indicated he’s in the race all the way to the September primary – but that he’ll give his endorsement to the winner.