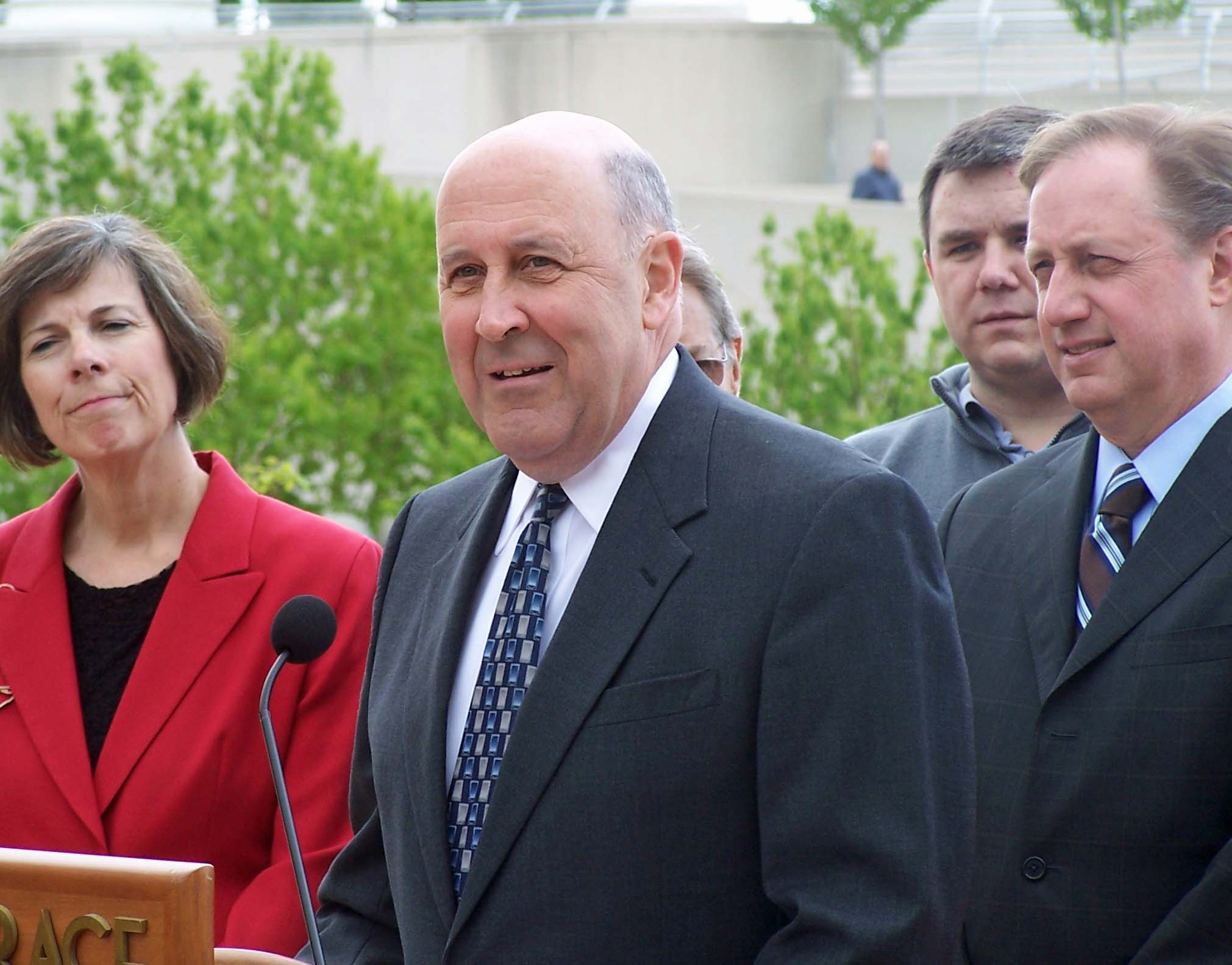 The Doyle Depot? Madison will have a new high speed rail station downtown, and if the city’s Mayor has his way, it will be named after Wisconsin Governor Jim Doyle. Doyle made the announcement Thursday that a site in the heart of downtown Madison has been selected over three others, including Dane County Regional Airport. The governor said a High-Speed Rail Station Feasibility Assessment indicated that the site on the Lake Monona side of Madison’s isthmus had higher projected ridership with costs roughly the same as other locations. And he noted that the city is already planning new parking. “And there is no doubt that what people wanted is to come to downtown Madison” Doyle said.

The new station, which will get a share of $25 million in federal funding designated for three new stations on the Madison to Milwaukee route, will be build adjacent to the Frank Loyd Wright designed convention center on the city’s Lake Monona shore, a location Doyle and Madison Mayor Dave Cieslewicz called ideal. And Cieslewicz has a name in mind. “He and his family have contributed so much to our community, that I think it’s fitting . . . to make sure that this station is named the Governor Jim Doyle Monona Terrace station,” the mayor said. The governor said the city and county will need to work together on linking the airport to the station. He added that groundbreaking at Monona Terrace needs to begin as soon as possible, since Madison to Milwaukee high speed rail service is set to begin in three years.

Doyle was asked whether there were adequate public hearings on the four sites considered for the station. “There have been public hearings,” said Doyle. “You know, I love the city of Madison, but you can public hearing pretty much anything to death here. I think the Monona Terrace is such an obvious, correct choice.”

The governor also took an opportunity to disparage politicians who’ve been critical of the federally subsidized high speed rail project. “For some reason, a handful of very shortsighted Republicans in Wisconsin seem to think getting a large, one hundred percent federally funded grant for a project like this, that will create jobs and bring economic benefit to the state, is somehow bad,” Doyle said. Republican candidate for governor Scott Walker, who’s pledged to derail high speed rail if elected, released a statement following the Madison press conference. “Every announcement by Governor Doyle and Mayor Barrett on their controversial train boondoggle further commits our state to their pet project that taxpayers literally cannot afford,” said Walker. “Our state’s transportation fund has been raided to the tune of $1.2 billion, which has delayed badly needed investment in our existing roads and bridges across Wisconsin. As governor, I will stop this misguided and wasteful project.”