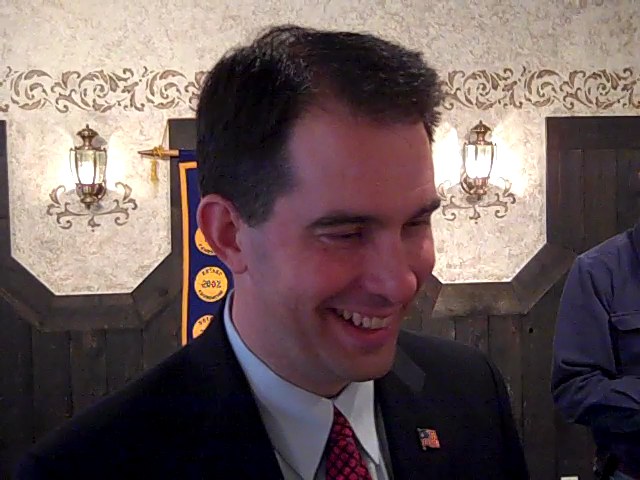 Scott Walker says there’s no politics on his motorcyle tour of Wisconsin. The Milwaukee County Executive and Republican candidate for governor says his seventh annual six day Harley tour of the state is all about promoting Milwaukee County tourism – and part of his job.

“I don’t stop doing my job,” Walker said during a campaign appearance on Thursday with the Waunakee Rotary Club. “I was a candidate before the ride last year and I did effectively the same things I’ve done for the seven years before this year’s ride.”

This year’s ride has been scheduled to begin Saturday and end next week – right before the state GOP meets in Milwaukee for its convention. “It’s not actually advantageous for me,” said Walker, adding that his time would be better spent meeting with Republican Party officials. “On the ride, as I’ve done every time in the past, I don’t have any connection to anybody politically, I only talk about tourism.”

Walker will be riding his Harley 1700 miles around Wisconsin and into four neighboring states to. He’ll have about 100 riders with him on the tour.