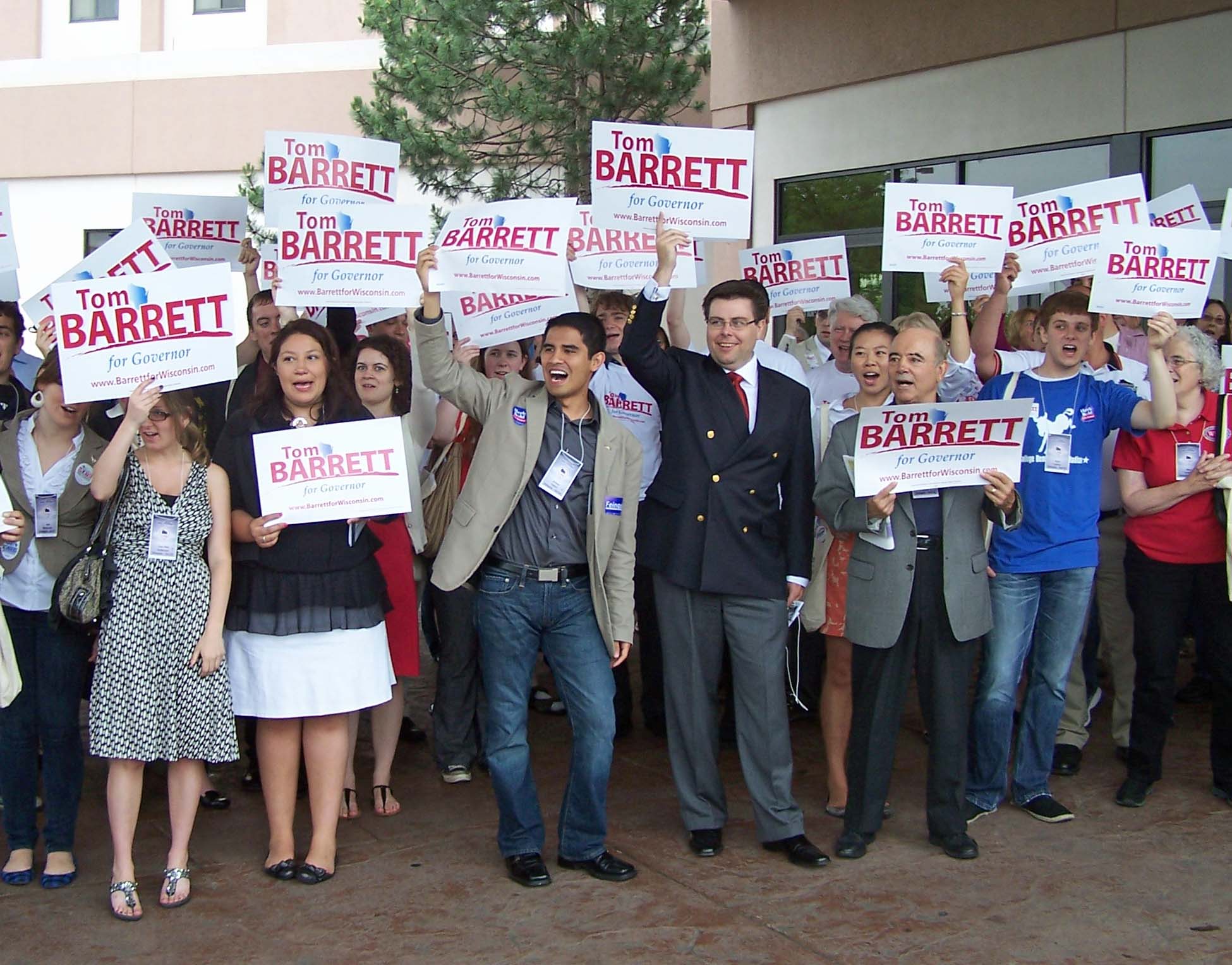 At the Democratic state convention over the weekend, Tom Barrett claimed there’s a ‘substance gap’ in his favor, in the race for governor. The Democratic candidate says that substance gap is obvious because he has laid out specific plans on what he’d do if elected. “I’ve put forth those plans because I believe that they people in this state deserve to have candidates who have substance and are willing to tackle the tough issues that face us right now.”

The Milwaukee mayor says those proposals put him ahead of the two Republicans in the race, former congressman Mark Neumann and Milwaukee County Executive Scott Walker. Barrett also used the analogy of government as a car the Republicans drove into the ditch, a car which Democrats are now working to get back on the road. “They drove the car into the ditch, and we’re trying to get that car out of the ditch, and they’re standing by the side of the road saying ‘get that car out of the ditch faster.’ But we know what would happen of they come back in and get control of the car. That car’s going to stay in the ditch forever, and it’s going to start leaking oil.”

Barrett said there’s no place for ideological arguments as Wisconsin faces challenges. “If there’s anything you learn as mayor it’s all about getting things done,” he said. “And this time in our state’s history is not the time for those ideological wars. It’s a time to create jobs, to give people hope, to solve our structural deficit, to give people health care. That’s what this is about right now.”

One of the Republicans vying for the opportunity to oppose Barrett in November put in a brief appearance outside the convention hall in Middleton. “I know that in spite of these people here who love Tom Barrett, that spending has in fact gone up faster in the city of Milwaukee, and Wisconsin just plain can’t afford him to be our next governor,” said Neumann.