You are here: Home / Weather / Doyle declares state of emergency in Eagle 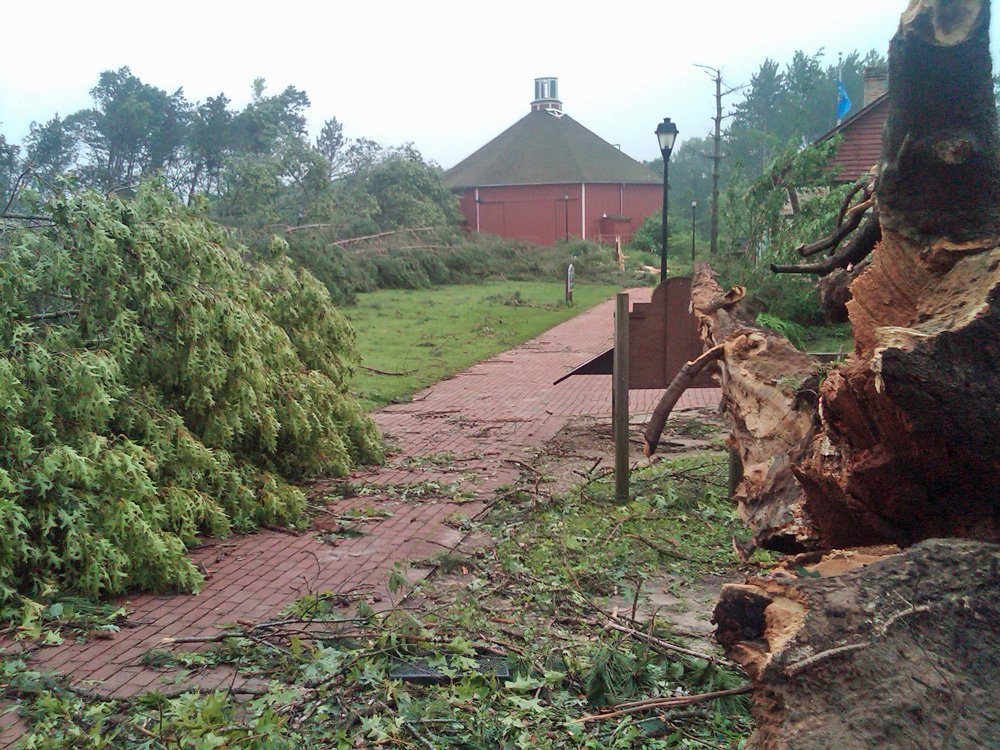 The National Weather Service confirms that two tornadoes touched down in Waukesha County. Twenty-five homes in the village of Eagle were destroyed and about 100 homes suffered at least some damage.

The governor says recovery efforts are already underway. “I have declared a state of emergency in the area which will direct and make sure that all the state resources are there to help the local governments in recovering from this natural disaster.”

Officials say one tornado measured an EF-2, with winds of up to 135 miles an hour. Monday evening’s storms caused widespread power outages and downed trees.

Doyle calls the aftermath devastating, but he’s grateful things weren’t even worse. “We are very, very thankful that we have not seen fatalities or serious injuries but there are obviously many families whose lives have been deeply effected and we are gonna do everything we can to get them back and going again as quickly as we possibly can.”

Doyle says officials are working to get an accurate assessment of the storm damage. General Don Dunbar will join the governor as they survey the damage and meet with local officials and residents.

Lori Getter with the state Emergency Management Department says a number of neighboring fire departments have come to help. “Many of the Eagle first responders had damage to their own homes, in fact, the fire chief had his home destroyed.”

Getter says there were reports of about a half-dozen tornadoes around southern Wisconsin last night.