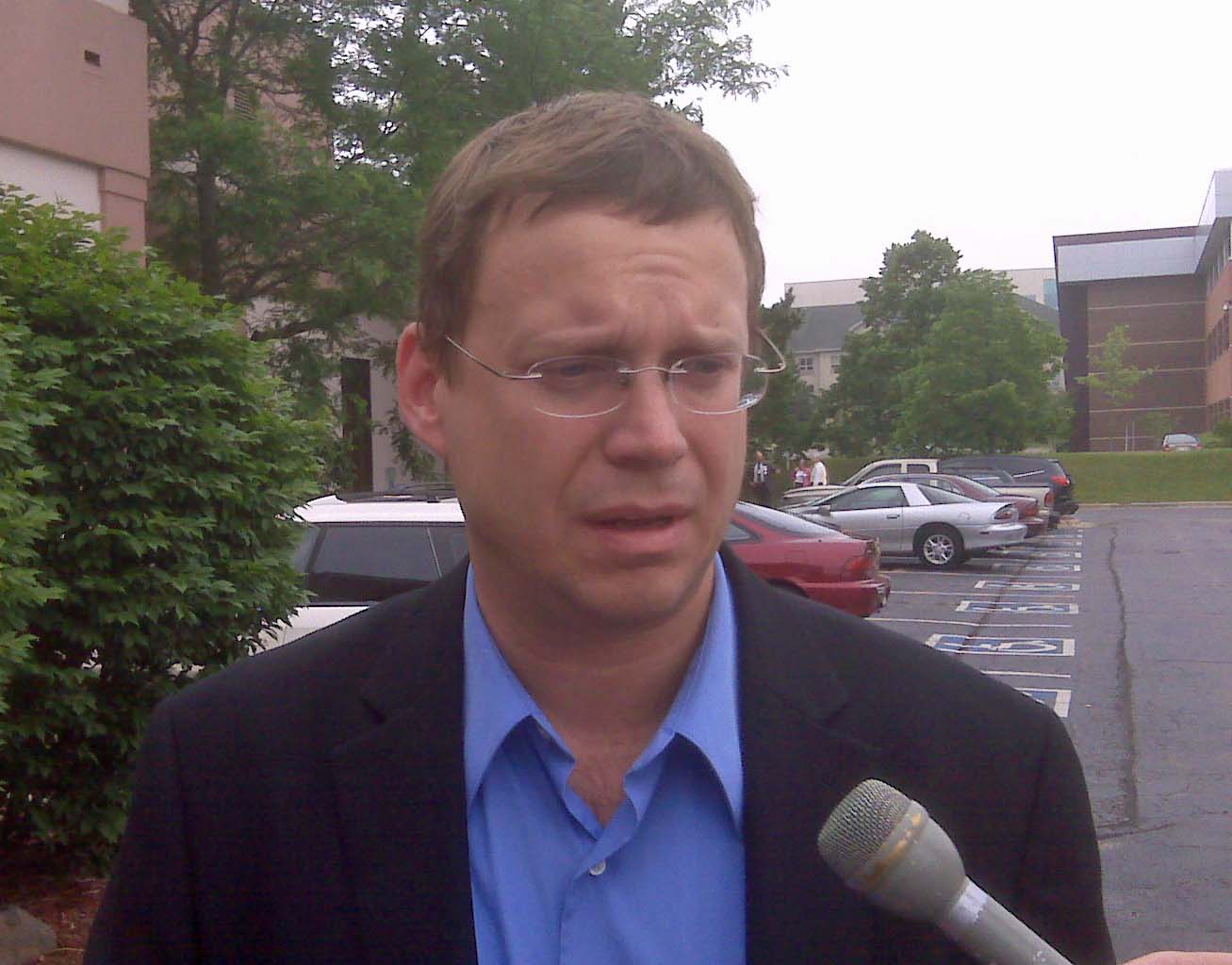 As underdog Republican candidate for governor Mark Neumann aggressively pursues the party’s endorsed candidate – and the media spotlight – the head of the state Republican party says that keeps the focus on the GOP message.

Mark Jefferson, executive director of the Republican Party of Wisconsin, insists he doesn’t have a problem with Neumann’s continued candidacy. “To have two candidates out there giving the Republican message of fiscal responsibility and living within our means to voters is a good thing,” Jefferson said outside the state Democratic convention in Middelton over the weekend. “As long as we keep the focus on the Republican agenda versus the Democratic record we’ll be fine.”

Jefferson said Neumann will enjoy the party’s support if his status changes and he win’s the GOP primary in September. “Whoever the voters choose in September, we’ll get behind the winner and we’ll go on to win in November,” said Jefferson. “But our convention did endorse Scott Walker overwhelmingly, we are supporting him in the primary.”

Neumann, who in the past couple of weeks has highlighted Milwaukee County Executive Scott Walker’s record on spending proposals and concealed carry, put in an appearance at the Democratic convention, where he answered questions from the media outside the convention. Reporters had been waiting there for Democratic candidate Tom Barrett after his speech to delegates, but Barrett did no Q-and-A.