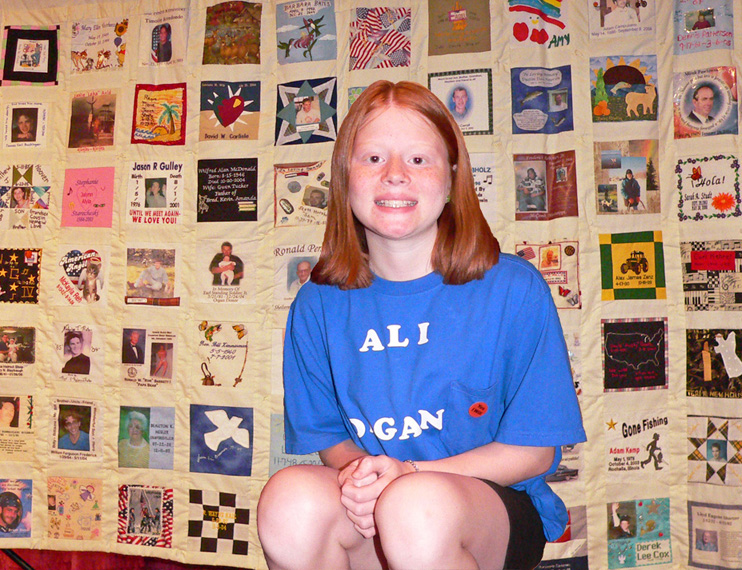 Ali was born with a disease called Alpha-1. She told her story at the Statewide Legacy of Life Tour in Madison last week, its tenth and final stop in Wisconsin cities. The tour aims to promote organ donation, leading up to the 2010 U.S. Transplant Games in Wisconsin. “Even though I’m eleven years old, my liver is actually 55 years old,” she says.

Trey Schwab, co-chair of the local transplant games committee, says the games highlight Wisconsin’s first online donor registry — YesIwillWisconsin.com. “There’s a crucial, crucial need with over 108,000 people waiting nationwide for an organ transplant today with 18 to 19 of those people who are going to die today waiting.” Over 1,500 people in Wisconsin are waiting for a life-saving organ.

Ali says her liver keeps her happy and generally healthy. In fact, she’ll be competing in the upcoming games for Team Wisconsin. Also, she’s looking forward to being a junior bridesmaid in her big sister’s wedding this year, thanks to the generosity of her organ donor. “I wish more people would donate organs so others can be alive and healthy like me.”

An expected 7,500 people from across the country who have received a life-saving organ transplant will participate in the Olympic-style competition.

NOTE: The games run from July 30th through August 4th in Madison.