You are here: Home / Politics / Govt / Baldwin returns from Afghanistan 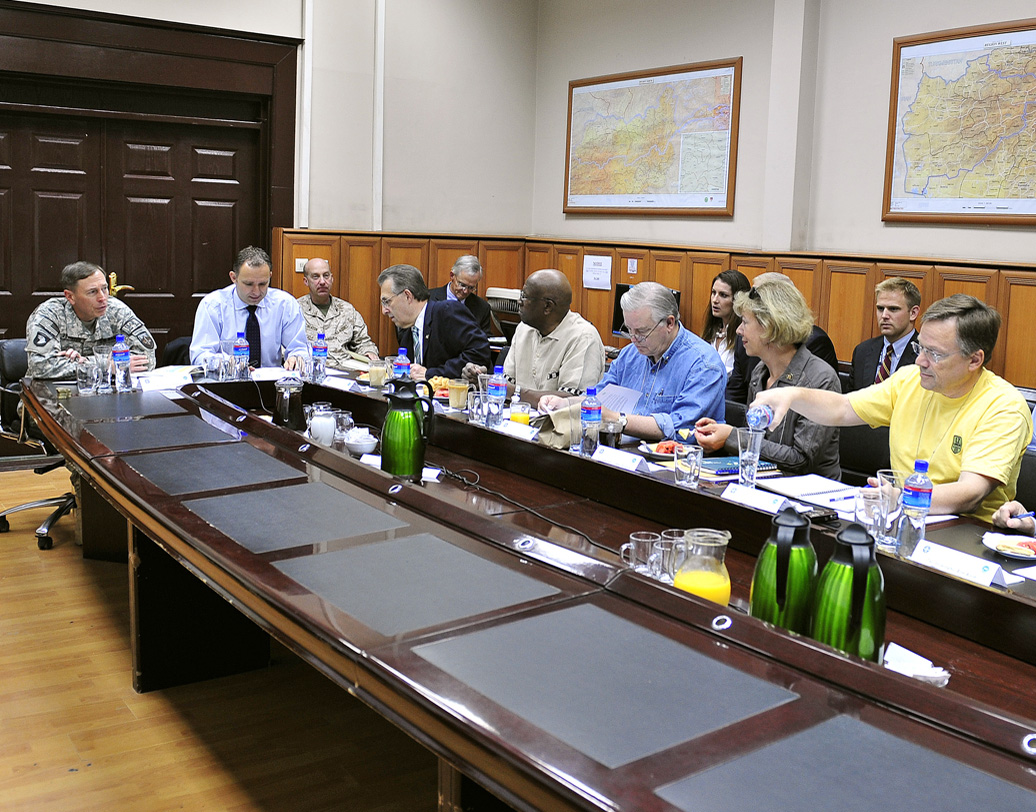 Congresswoman Tammy Baldwin says during her first trip to Afghanistan she got a broad overview of the situation from General David Petraeus and Lt. General David Rodriguez. The Madison Democrat says this fact-finding mission has not changed her desire for an exit strategy. Baldwin says the conflict is deadly and costly. “The mission is, right now, stabilizing of Afghanistan and the original mission that I voted for in the days after the September 11 attack was to go after the people who plotted and planned that attack on the United States.”

Baldwin stresses that Al Qaeda is no longer operating in Afghanistan, yet our troops are risking their lives there. She says the commanders couldn’t tell her that the Taliban poses an immediate threat to our security here in the United States. She says the best argument they make is the domino effect.

Baldwin says she got an up close look at the medical services available to the US troops, and the morale of the soldiers is good. As for the comparison to Vietnam… Baldwin says, “The next few months will reveal the answer to that question.”

Baldwin also met with Special Inspectors General for the Reconstruction of Afghanistan (SIGAR), members of the Afghanistan Parliament and other U.S. and Afghan military and civilian leaders. Congressman Steve Kagen, a Democrat from Appleton, joined Baldwin and four others on the trip.