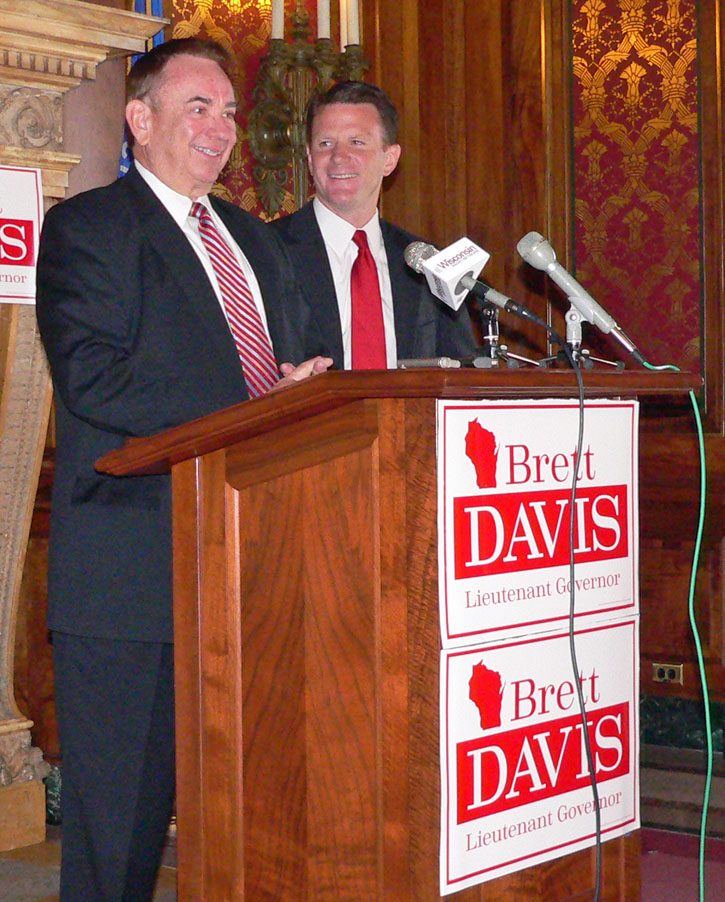 A final pitch for a pal — Tommy says he’s got the guy to help turn the state around.

Four term Republican Governor Tommy Thompson calls GOP Lieutenant Governor candidate Brett Davis a “family man extraordinaire,” and a man who’ll get the job done. “And he’s going to transform the Lt. Governor’s office into an office of action and something to get things done for the taxpayers.”

Davis had worked as a Thompson aide both in Wisconsin and Washington. Thompson says he’s had the opportunity to watch Brett grow, starting from college graduation. He says Davis’ work ethic, leadership skills, great ideas, response to pressure and his friendship earned him a lot of respect.

Davis is confident he’s ready for the job. “I’m running for Lt. Governor because I believe we can transform this office into doing something for once in the state of Wisconsin.” Davis would like the office to be the leading taxpayer watchdog in the state, he says, “constantly focused on rooting out fraud, waste and abuse in our government. I’m confident we can find at least 100 times the cost that it takes to run the office.” He says it’s a $40-million annual savings for taxpayers.