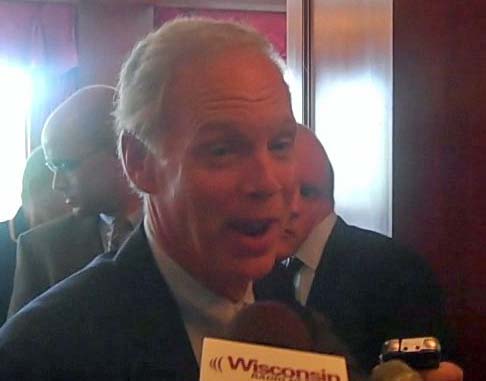 The candidates for U.S. Senate in Wisconsin face-off in their fist debate Friday night in Milwaukee. Charles Franklin, a political scientist at UW-Madison, said there’s a lot at stake for the incumbent, Democrat Russ Feingold. “I think you’d have to say that it’s more important for Feingold, because he’s trailing by an average of about nine points in the last five polls done since the primary. So for him it’s absolutely necessary to make up ground. Johnson with that nine point lead could afford to give a little ground and still be ahead,” Franklin said. 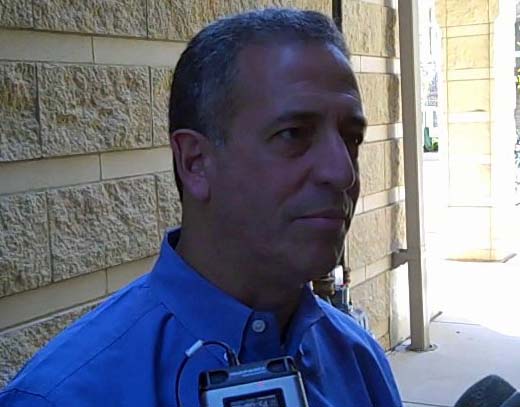 Feingold and Oshkosh businessman Ron Johnson will meet in two more debates ahead of the November election – far fewer than Feingold had requested. “After he’s refused fifteen different debates this year, halfway through the general election he’s going to debate and I’m looking forward to it,” Feingold said Friday in Madison.

“Tonight’s debate will offer voters a chance to see the clear choice between the two candidates,” Johnson campaign manager Juston Johnson said.  “Voters will see a career politician who has grown out of touch with the everyday challenges Wisconsinites face . . . or a candidate with a 31-year record of growing a business and creating jobs. ”

“Feingold as the long term incumbent needs to build on the public’s relationship with him, and remind them of why they voted for him before,” said UW’s Franklin. “I think the main danger to Johnson is, as a newcomer, his image with the public could still change. He both wants to guard against that, and of course Feingold wants to exploit it to try to change the public’s perception of Johnson.”