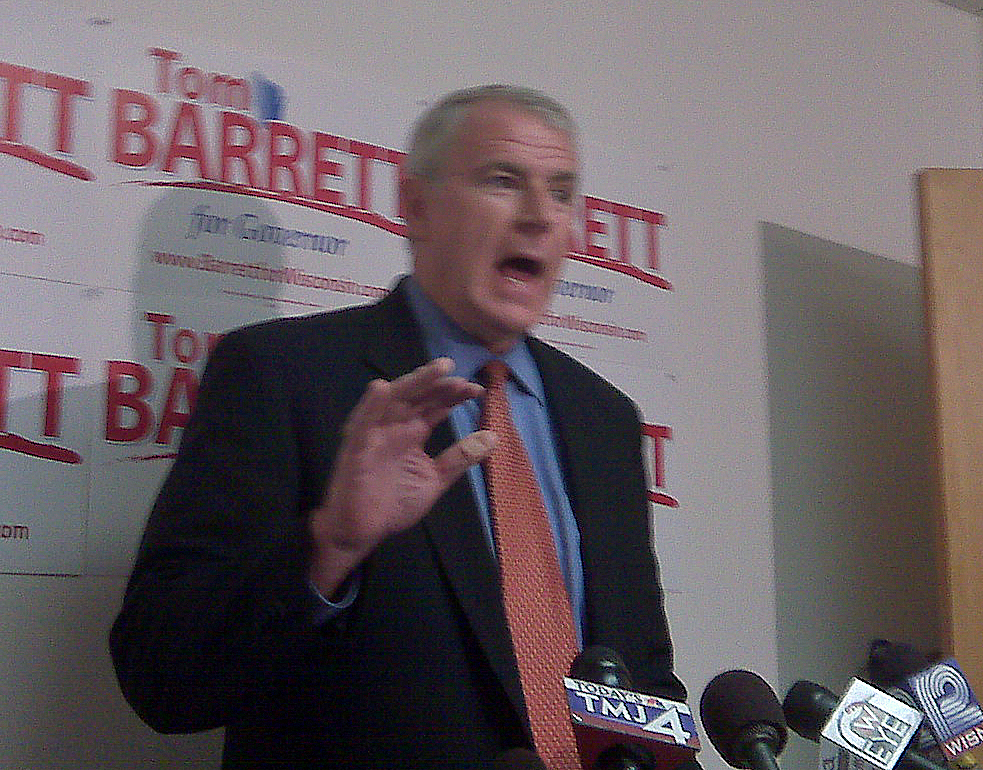 Sick of seeing campaign commercials on TV? Democratic candidate for governor, Milwaukee Mayor Tom Barrett, feels your pain. But Barrett said Thursday that “it’s part of the democracy we have right now. My preference is to do personal appearances . . . but it’s impossible to reach five and a-half million people in four weeks or four months or even four years.”

Barrett was asked how much he hopes Vice-President Joe Biden’s breakfast with party power players in Madison will raise for his campaign. “A lot, in a word,” he said. The breakfast event at Madison’s Monona Terrace carried a $250 a plate price tag, although individuals can spend up to $1000 for preferred seating or up to $2400 for a table. “If we have 200 people, you can do the math.”

Barrett said the money raised in his close fought race with Republican Scott Walker will go into more ads. “We’re doing everything we can for television stations. You’ll see a lot of commercials on television stations throughout the state of Wisconsin in the last four weeks because that’s obviously the medium most candidates choose to spend the bulk of their money. And it’s all a function of how much money you raise, quite honestly.”

Thursday’s Madison appearance by Biden, coming on the heels of President Barack Obama’s campaign stop on behalf of Barrett and other Democrats, has led Republicans to charge that the national Democratic party is getting panicky over the outcome of races here. But Barrett noted that Walker is also drawing on support from outside Wisconsin. New Jersey Governor Chris Christie and Mississippi Governor Haley Barbour have both campaigned on Walker’s behalf, and the next GOP heavy-hitter to campaign here will be former Massachusetts governor Mitt Romney on October 18th.