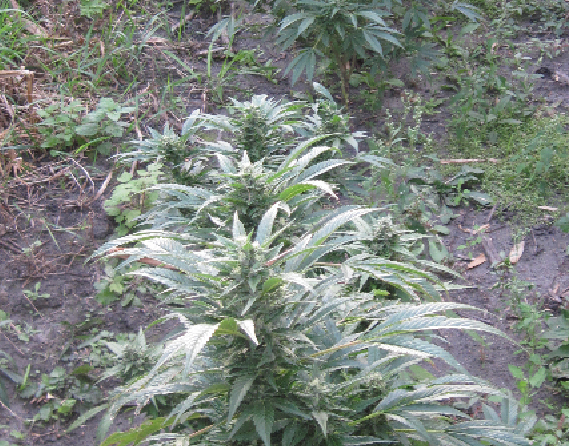 A Dane County corn harvest nets more than just corn. A large and sophisticated marijuana grow was discovered on Saturday by a land owner who was harvesting corn in the Town of Mazomanie. Dane County Deputies were called to the scene and they estimated there were at least 400 mature plants in the field. On Monday, detectives and uniformed officers assigned to the Dane County Narcotics and Gang Task Force dismantled the grow. A total count determined there were actually 810 very high quality marijuana plants with an estimated street value of $400,000 or more. The plants were strategically placed in numerous locations on either side of a stream with cornfields on both sides, and would not have been visible to anyone driving by the area. No suspects so far.