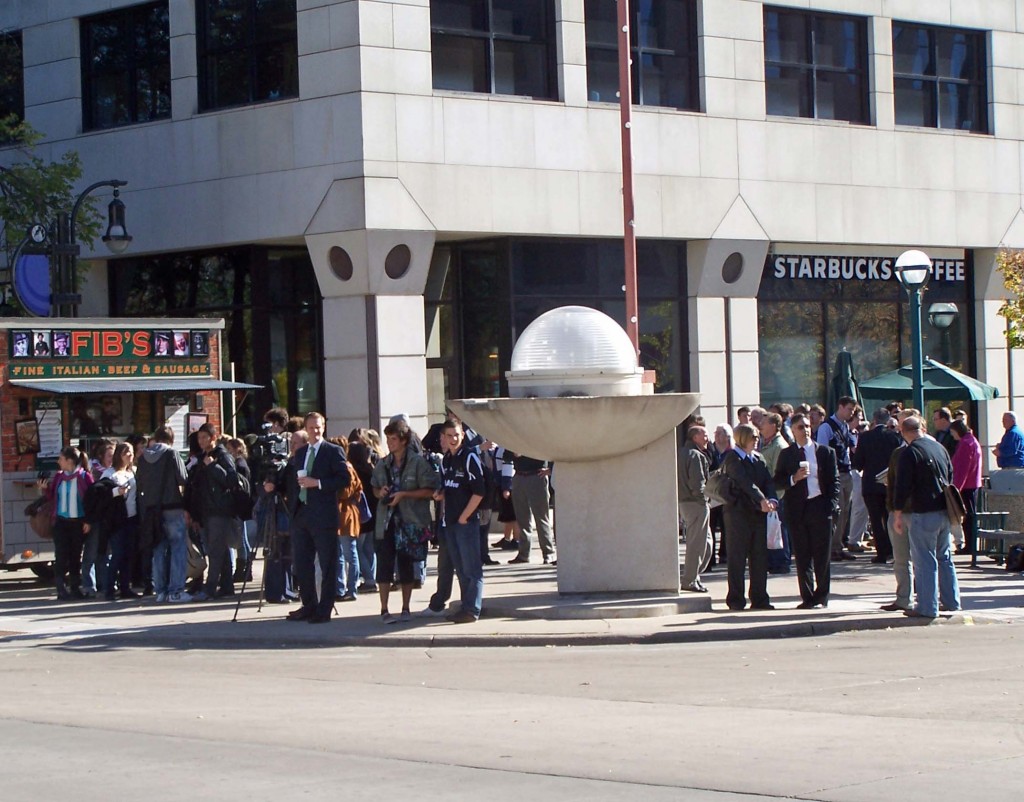 A bomb threat called into a Madison-area media outlet Tuesday morning prompted police to evacuate the state Capitol building. Governor Doyle was in the building at the time and was also evacuated.

The Dane County Sheriff’s K-9 unit and other agencies assisted Capitol Police in searching the building and surrounding grounds for any threat. Police says they are continuing an investigation into the incident, but did not disclose whether any suspicious devices were found during the search.

The public and Capitol workers were allowed to re-enter the building about three hours after the evacuation began.