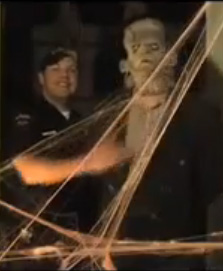 Last year at Christmas, the Kenosha Police Department posted a video on their website based on the 12 Days of Christmas, and now just in time for Halloween, they’re doing it again.

Officer Dennis Walsh, who was behind last year’s Christmas video, says he was asked about a sequel when he returned to work from vacation, on January 4th.

Officer Jeff Wamboldt, who helped develop the Halloween video, says they also decided it could be used to raise some money for a good cause, the Ronald McDonald House. The video will be available on the Kenosha Police Department’s Website and on YouTube through Halloween night.