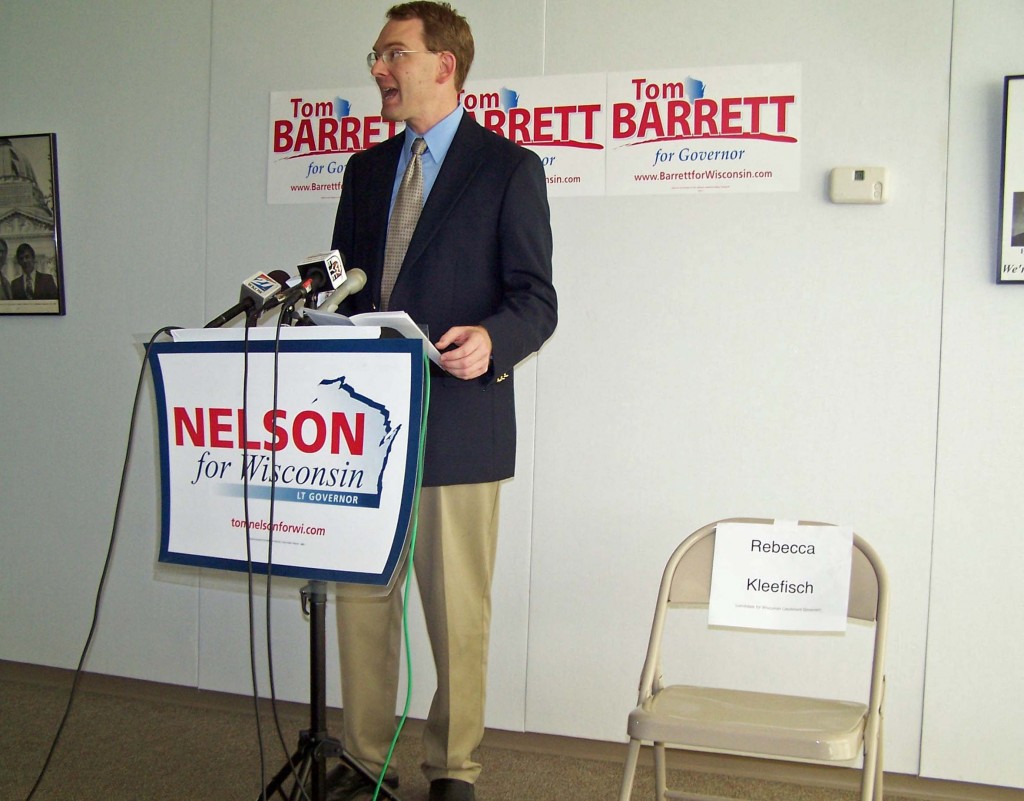 Call it the “where in the world is Rebecca Kleifisch” campaign stop. State Representative Tom Nelson, in Madison Wednesday at the headquarters of the Democratic Party of Wisconsin, was still taking GOP candidate Rebecca Kleifisch to task for refusing to debate. Last week, a spokeswoman for the campaign of Republican gubernatorial candidate Scott Walker rejected any Nelson-Kliefisch confrontation, saying that Nelson and Democratic candidate for governor Tom Barrett “are only interested in running away from their records and using false television ads to distort Scott Walker’s record.”

“There have been a number of third parties, specifically newspapers, who have editorialized on that excuse,” said Nelson, standing next a vacant folding chair with his opponent’s name on it. Nelson said that the Appleton Post Crescent considered the response from the Republican campaign to be “lame.” Nelson is a state legislator from Kaukauna who served as the Democrat’s majority leader in the Assembly. Kleifisch is a former television news personality from the Milwaukee suburbs and the wife of GOP state Representative Joel Kleifisch.