You are here: Home / News / New home for Badger Catholics 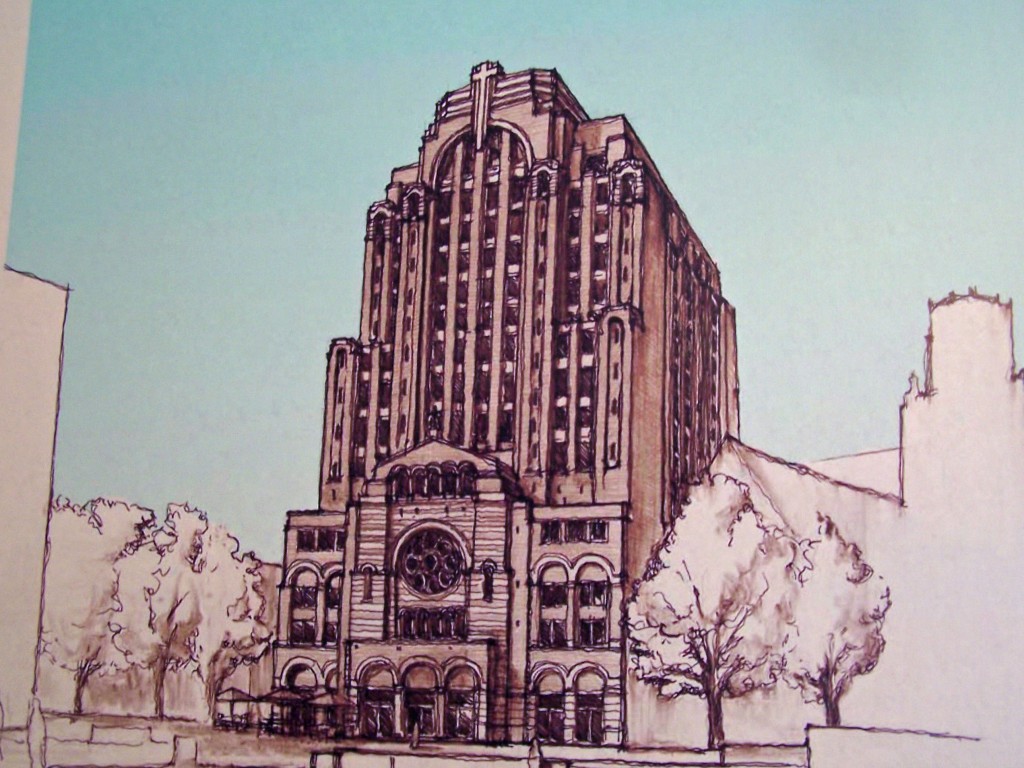 Catholics on the UW campus have unveiled plans for a new facility. The Reverend Eric Nielson is director of St. Paul’s University Catholic Center on the Madison campus, a facility that’s showing it’s age. “Our current chapel, while new and exciting when built back in the sixties . . . no longer has that same freshness to it, and most of our incoming freshmen no longer find it appealing,” Nielson said Monday. The student center is even older, dating to the late 1800s.

Plans call for a 14 story building, which will include a chapel seating 400 to 600 people, a large student center with enhanced study and gathering space, offices and residential rooms and apartments for approximately 175 to 200 people. Nielson was asked whether those students will be expected to live up to a moral code. “Although it’s not going to be limited to Catholic students we hope to engage those students who are most interested in the dialogue between faith and reason, so any student who is interested that dialogue would be very welcome to live in the residence hall,” said Nielson. “And obviously it’s going to be above a church with a couple priests working there so we’d expect that it would have a slightly higher moral code than perhaps other residences would.”

The project is expected cost somewhere in the neighborhood of $45 million dollars “We expect that this project will be funded the way a lot of other projects are funded here at the university and that a select group of donors would give a substantial portion of the funds.” said Nielson. “We’ll be able to offer more programs, provide a positive student housing option, and serve more students and others,” said Scott Hackl, St. Paul’s director of development. Pending approval from the city of Madison, ground could be broken in two to three years.