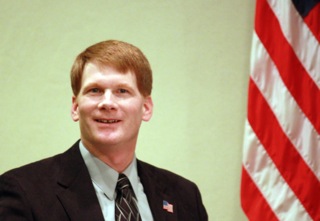 A Republican candidate running for the 52nd State Assembly seat finds his greatest challenge isn’t necessarily from his opponent, but rather fellow teachers. Jeremy Thiesfeldt is a teacher and coach at Winnebago Lutheran Academy in Fond du Lac. Late last week a political action committee known as Citizens for Fox Valley Jobs filed with the State’s Government Accountability Board. Their only contributor is the Winnebagoland Uniserv PAC, which represents teachers unions in the Fond du Lac area. “They have set up a front group as some sort of disguise to attack my campaign”  said Thiesfeldt.

The group listed on their reports that they are opposing Thiesfeldt’s campaign and didn’t mention his opponent, Democrat Paul Czisny. Thiesfeldt says he finds it odd that the one radio commercial he’s heard from the group doesn’t have anything to do with education. “They’re running these ads against someone who spent 22 years in the classroom,” he said, adding that while it would be illegal for the group to coordinate their efforts with his opponent, he suspects that maybe they are. On the other hand, he’s not surprised that a group representing public school teachers is opposed to his candidacy. “They clearly see me as a threat in some sort of way,” he said. Citizens for Fox Valley Jobs is pouring $35,000 into the campaign against Thiesfeldt.