You are here: Home / Education / Collaboration begins on ADHD research at UW 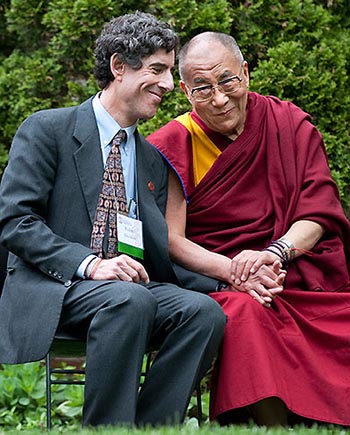 “The brain is plastic, particularly early in life. I think that there definitely are things that can be done for those populations, without a doubt.”

UW professor of psychology, Dr. Richard J. Davidson, is the Director of UW-Madison’s Center for Investigating Healthy Minds. He says researchers at the lab “will examine the specific neural systems affected by ADHD.” The CDC estimates that 9.5 percent (or 5.4 million) children 4- to 17-years-old have ever been diagnosed with ADHD, as of 2007. Davidson says researchers hope to develop non-pharmacological training protocols to help in attentional dysfunction. At a ribbon-cutting ceremony for the Center earlier this month, Davidson discussed using meditation to promote compassion, empathy and kindness — even in cases of sociopaths.

Davidson says we don’t yet know what the boundaries and constraints are of what he calls “contemplative neuroscience.” He says there is evidence showing that even adult brains can physically change, but he doesn’t believe this research will be a panacea for everything. Inspired by the Dalai Lama, the Center for Investigating Healthy Minds works to nourish positive qualities of mind at the individual, community and global levels.

NOTE: The ADHD program being developed by researchers at University of Wisconsin-Madison’s Center for Investigating Healthy Minds (CIHM) at the Waisman Center is focused on 10- to 12-year-old kids with ADHD. The program is a collaboration between (CIHM) and the Mind Matter Research Foundation (MMRF) in conjunction with the HESA Institute (HESA). The effort is supported by a three-year, $550,000 research and development grant from MMFR and HESA to CIHM — the world’s only research facility to house a brain imaging lab and meditation space under one roof. (Thanks Krakora Studios in Madison)