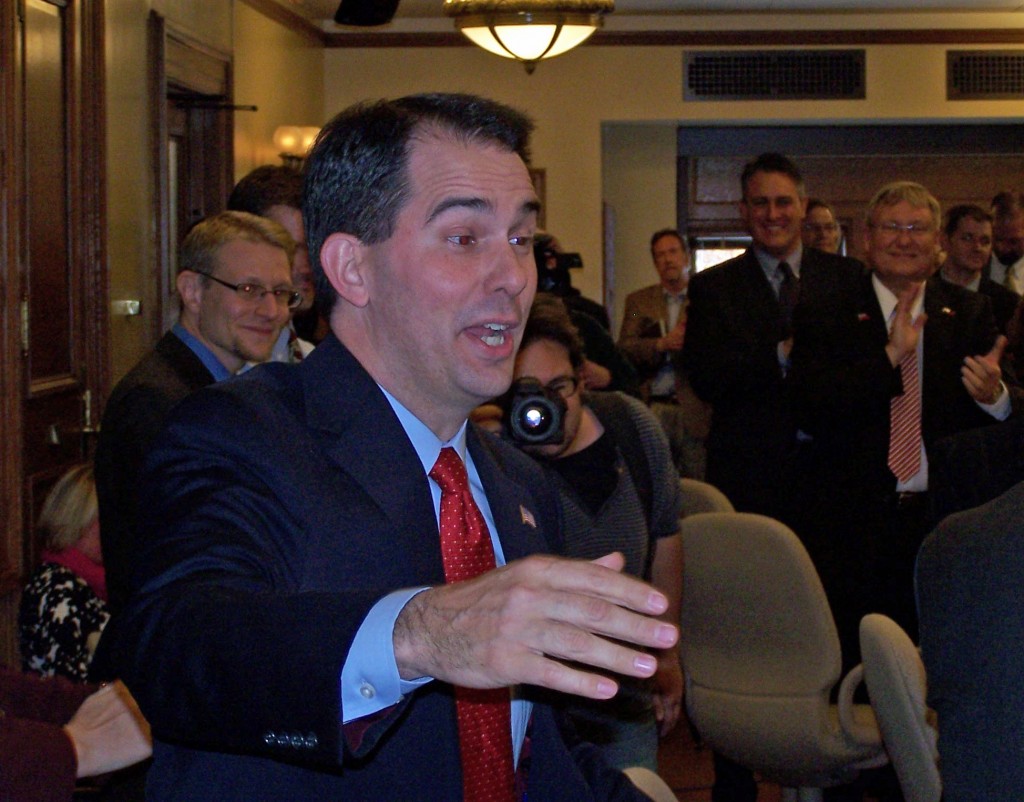 Scott Walker says his focus as governor will be jobs and the economy. The governor-elect leveled with members of the state Senate Republican caucus at the Capitol this week. Walker was ebullient as he greeted the GOP Senators who will hold the majority in the next session, but he leveled with them when he sat down to talk. “We heard it knocking on doors all over the place: people are scared about the economy. They’re scared about whether it’s their own job or their neighbor’s job or their employee’s job or their kid’s job. They’re just plain scared,” said Walker. “Literally, the day that I and many of you take the oath of office, come January 3rd, we’re going to declare an economic emergency and declare a special session. We want to focus on jobs, and getting the economy going again.”

Walker says that’s what the voters expect. “I think they sent us with a clear mandate. A mandate not only to get this state working again, but to fix our state government. To make it work, and to make sure we balance the budget in a way that doesn’t just make it balance it for the next two years, but in a way that stops us from just kicking the can into the future.” Walker will have majorities in both chambers of the legislature to help him accomplish those goals. “Wisconsin is open for business. We’re ready to go, we’re ready to send a message that government’s not going to be a barrier to economic development in the state. Not only are we not going to be in the way, we’re going to do things that are actively going to make it better to create jobs in the state of Wisconsin.”