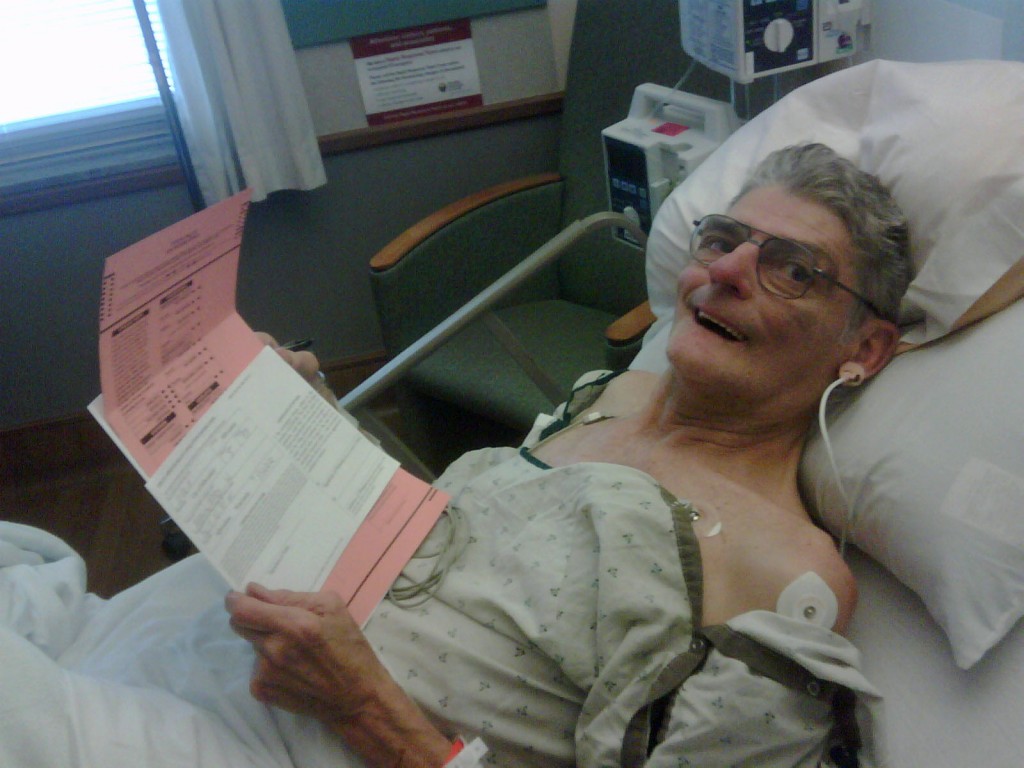 A Milwaukee man didn’t let an emergency trip to the hospital stop him from voting today. Janis Strucel, one of Perry Kopplin’s seven children, says her dad was just released from the VA hospital over the past weekend, and was planning on voting when chest pains put him in St. Joseph’s Hospital for a stent in a blocked artery. But Perry still wanted to vote. “The absentee process works well for someone who’s planning on being away, but he certainly didn’t plan on having a heart attack this morning,” she said.

A call to Perry’s polling place failed to find a solution, so they put in a call to the Scott Walker campaign. “They instructed us to go ahead and head down to city hall, it had to be somebody that was registered in Milwaukee to go down and obtain his ballot for him, come all the way back to St. Joseph’s and have him fill it out, and then we had to return it in person.” Which they did, making this a very memorable election day for Perry, Janis and the rest of their family.