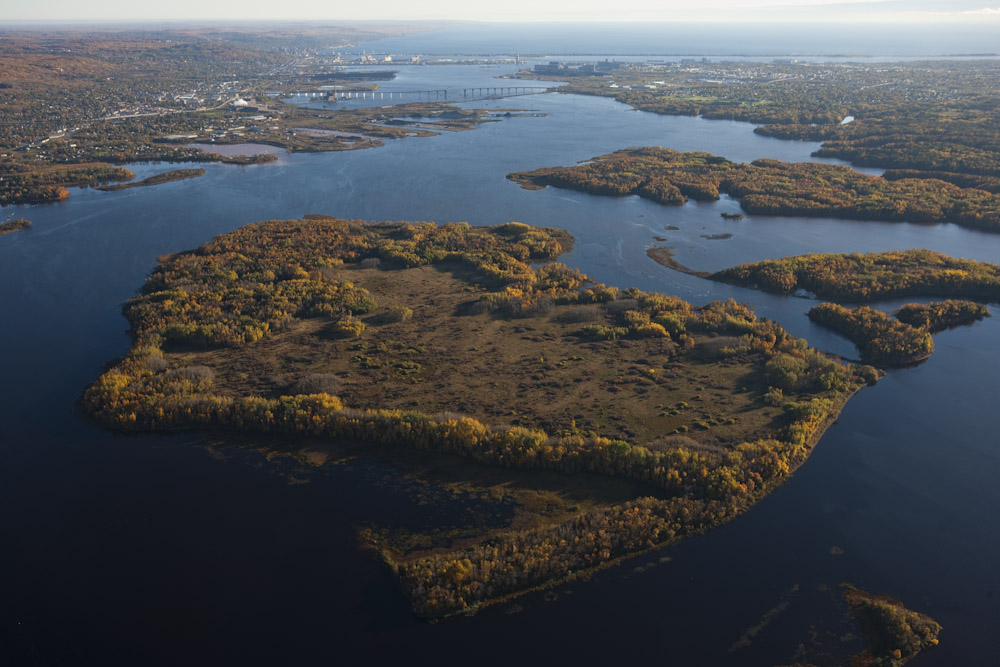 The Nature Conservancy has purchased an island that provides key habitat adjacent to Lake Superior. It’s the landmark Clough Island, located at the heart of the St. Louis River Estuary near Superior. “We’re just so thrilled to finally get this island,” said Rebecca Smith is deputy director for the Nature Conservancy in Wisconsin. “We’ve been working on it for over ten years.”

The 358 acre island, which was once proposed for development, is a key habitat for various species of birds. “There’s 230 species that have been documented using the St. Louis estuary, and 115 are known to breed there,” Smith said. And fish, as well. Smith said the waters and wetlands around the island provide ideal habitat for numerous species of game fish, including lake sturgeon which are being reintroduced to Lake Superior. Purchase price for Clough Island was $1.4 million. A $1 million grant from the U.S. Fish and Wildlife Service will help pay for conservation and restoration efforts on the island.