You are here: Home / Politics / Govt / Walker: Help is on the way 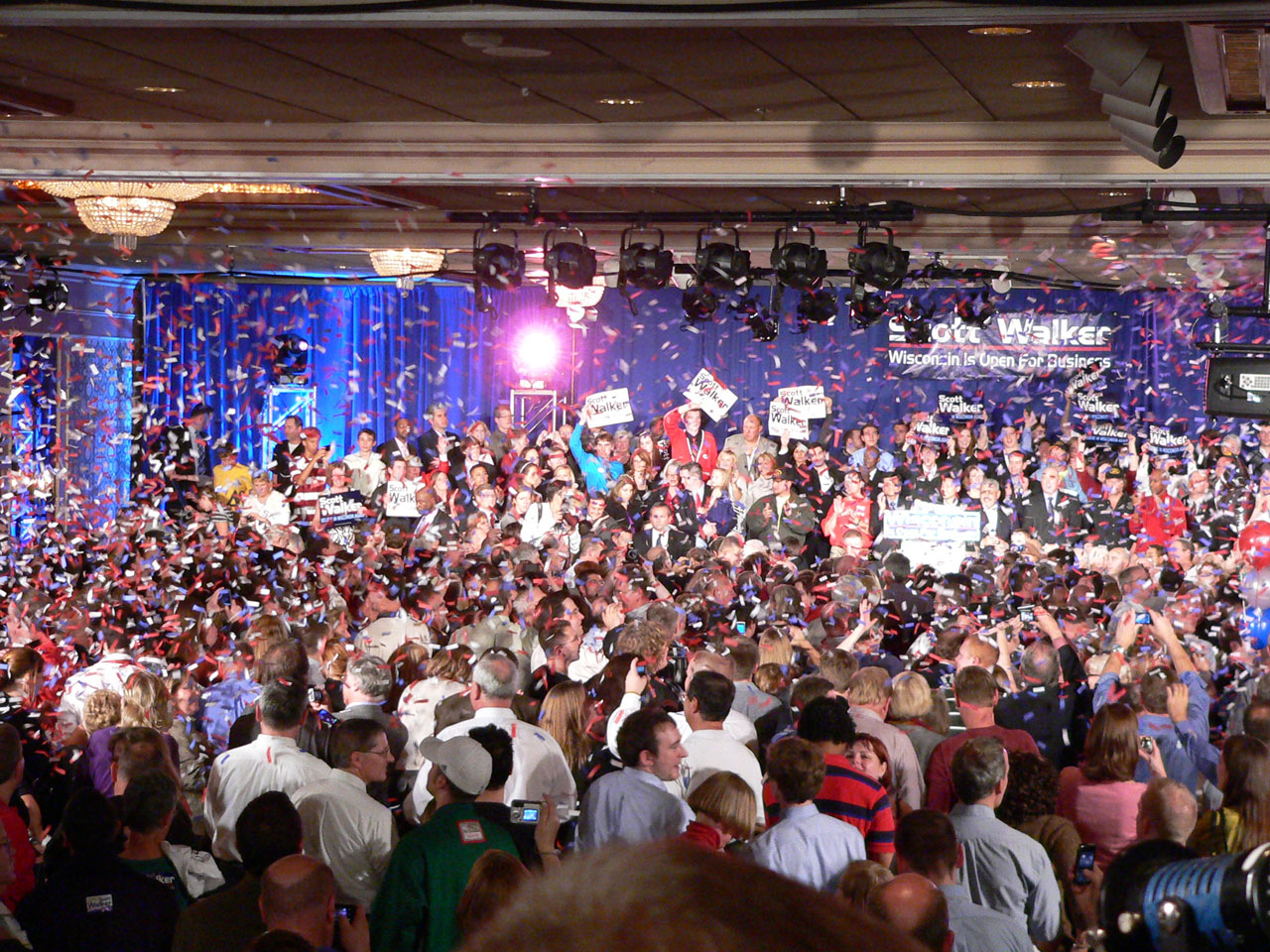 In his victory speech in Pewaukee, Republican Scott Walker promised not to let down the people who helped get him his new job. Walker added that he intends to lead the entire state, whether residents voted for him or not. “And I’m not going to look to the past; I’m not going to look backward to lay blame for the difficult challenges we face ahead. I’m going to look forward to the future as we find solutions to the challenges we face to get this state working again.”

The Milwaukee County Executive said people across the state have told him they are scared about the economy, and their job. To that he responds, “You don’t have to be afraid anymore because help is on the way.”

The first item on his agenda is to declare an economic emergency and call a special session of the legislature to discuss his plan to create jobs. Walker is mindful of the significant challenges he faces as the new governor. “We’ve got to get this economy going again and we gotta balance the next state budget.”

As Walker won the governorship — on his 43rd birthday — his wife Tonette said to the enthusiastic crowd that she’ll never again be able to throw a party quite like Tuesday night’s victory celebration. After the crowd serenaded him with “Happy Birthday,” the governor-elect said this is better than the year his wife got him a Harley. (Slideshow)

Walker told the crowd that his challenger, Tom Barrett, congratulated him for his victory and promised to work together to help fix the state.